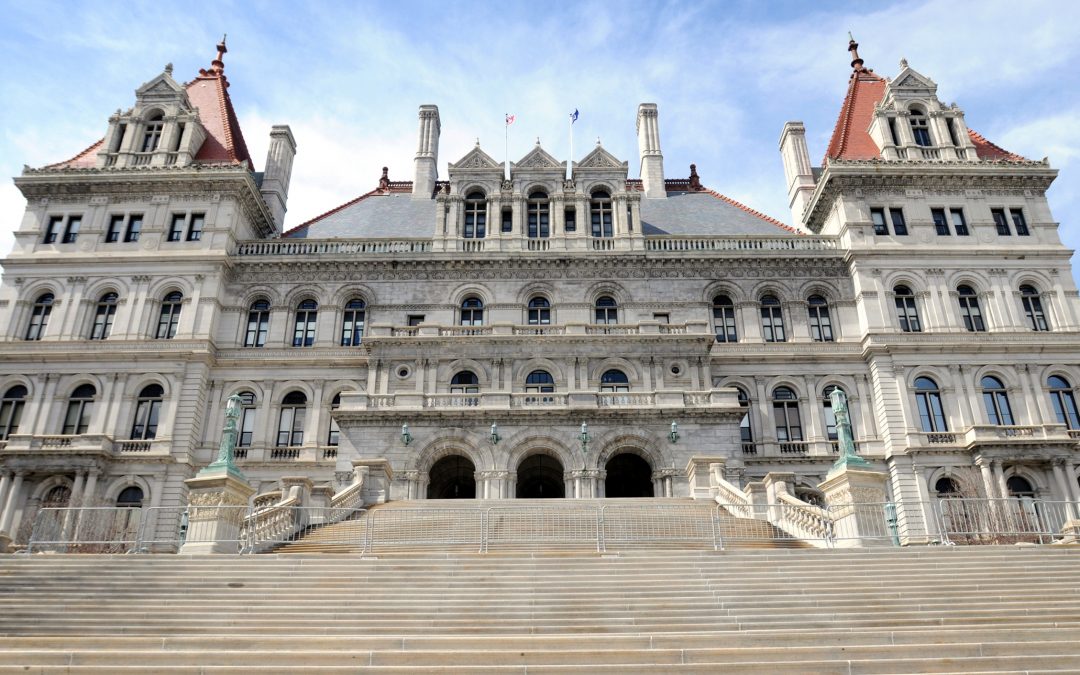 The Child Victims Act — legislation first proposed in the New York state Legislature more than a decade ago to make it easier for victims of childhood sexual abuse to file complaints — finally passed Jan. 28, with Gov. Andrew Cuomo expected to sign the bill.

The bill had been stalled for years, with a Republican-controlled Senate resisting versions of the bill favored by a Democrat-controlled Assembly.

The state’s Catholic bishops likewise had opposed previous iterations of the bill on the grounds that they did not provide equal treatment of public and private entities. However, the bishops dropped their opposition Jan. 24, the night the language was finalized in the newly adopted legislation.

The bishops also issued a statement on Jan. 28, saying, “We pray that the passage of the Child Victims Act brings some measure of healing to all survivors by offering them a path of recourse and reconciliation. The legislation now recognizes that child sexual abuse is an evil not just limited to one institution, but a tragic societal ill that must be addressed in every place where it exists.”

Read more: Bishop Cunningham’s statement on the passage of the Child Victims Act

When Democrats assumed full control of the Legislature following the November 2018 elections, a path was cleared for the bill to become law. Cuomo, a Democrat and a Catholic, had vowed to get the Child Victims Act passed within the first 100 days of this legislative session, which opened Jan. 9.

The new legislation (S02440) significantly extends the statute of limitations under which allegations of sexual abuse may be brought to the authorities. State law previously stipulated that plaintiffs in both civil and criminal cases must file their claims between the ages of 18 and 23. Under the Child Victims Act, victims in civil cases now have until age 55 to file claims, and those in criminal cases have until age 28.

The Child Victims Act also creates a one-time “look-back” window of one year’s duration during which adults who were abused as children may file claims, no matter how long ago the abuse allegedly occurred. This one-year window will open in six months, waiving the state’s civil statute of limitations so that such claims can be made.

The state’s Catholic bishops had opposed previous versions of the look-back provision because those bills would have permitted cases of long-ago abuse to be brought only against private institutions. The bishops contended that complaints against such entities as public schools would have remained barred by separate state law that requires plaintiffs to file a notice of intent to sue a public entity within 90 days of an incident having occurred.

But according to Dennis Poust, communications director for the New York State Catholic Conference, the state’s bishops are satisfied that the Child Victims Act now reads, in part: Eliminates the notice of claim requirements for such actions when the action is brought against a municipality, the state or a school district.

Poust, whose organization represents the bishops of the state’s seven Catholic dioceses and the Archdiocese of New York in public-policy matters, said the bishops withdrew their opposition to the enacted Child Victims Act on Jan. 24 – the night its language was finalized — because the act will now provide equal treatment of public institutions along with Catholic and other private institutions regarding historical abuse cases.

“The sponsors included language to make clear that a past failure to file a notice of claim is not a bar to cases being brought against public entities, which means that all entities, public and private, will be treated the same under the statute of limitations provision, both retroactively and prospectively,” Poust told the Catholic Courier, adding that the Child Victims Act will override the notice of claim provisions of the state’s General Municipal Law.

Poust observed that the bill’s final wording ensures that as many sexual-abuse victims as possible will receive the justice due to them.

“If it’s called a Child Victims Act, then all victims should have a seat at the table, not just victims of abuse in the Catholic Church and other religious organizations, but also abuse in public settings,” Poust said, noting that 90 percent of sexual abuse occurs outside of religious institutions: at public schools and recreation programs, hospitals, private organizations, and particularly within families.

However, he emphasized that the Catholic Church does not cite other settings in which abuse occurs in order to downplay its own historical failures to prevent sexual abuse of children by clergy.

“We’re not minimizing our culpability in any way, shape or form,” Poust said. “We have made egregious mistakes in the past. Many children have had their lives ruined by clergy.”

With the passage of the Child Victims Act, Poust acknowledged that “concerns remain regarding the financial implications” for the church based on the potential volume of lawsuits the legislation may generate.

“Nevertheless, we advocated for survivor-focused legislation that would allow all survivors to be compensated and to heal,” Poust said. “We had supported strengthening the bill to allow for a compensation program for survivors who preferred it to costly and time consuming litigation, by eliminating the criminal statute of limitations, and by mandating safe environment training for anyone who works with children, in public or private institutions. We will continue to advocate for legislation that accomplishes those goals.”

This story is reproduced with permission from the Catholic Courier.