‘Choose the path of love, show courage, and welcome the stranger’ 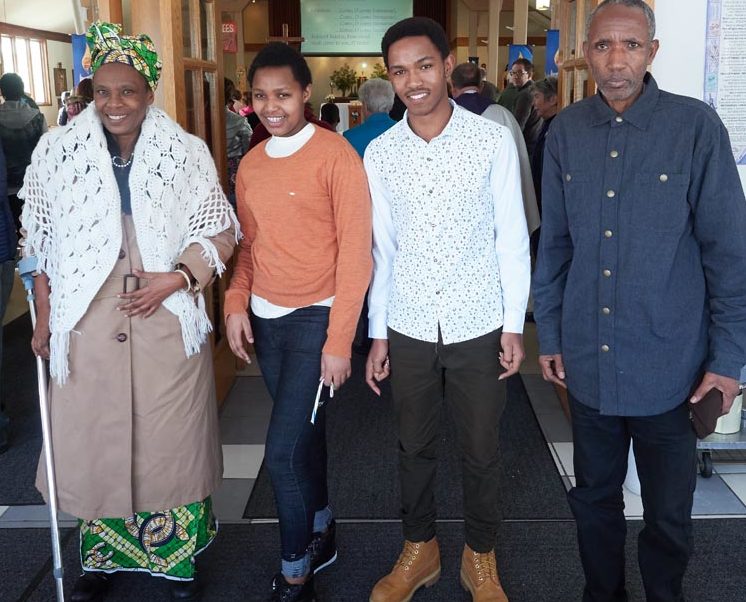 Catholic Charities of Onondaga County has been resettling refugees for more than 40 years. The agency receives its caseload from the United States Conference of Catholic Bishops (USCCB), the largest resettlement agency in the world. In fact, the Catholic Bishops have shown a long-standing, faith-based commitment to refugees; recognizing the welcoming of refugees as an actualization of the gospel mandates to “welcome the stranger” and “love your neighbor as yourself.” When Catholic Charities began resettling refugees in the late 1970’s, these strangers and neighbors were predominately fleeing Vietnam after the fall of Saigon. The United States responded to the growing numbers of Vietnamese refugees by enacting the Indochina Migration and Refugee Act in 1975, and then responded to the specific difficulties facing Amerasian refugees (typically children of U.S. service men) by passing the Amerasian Homecoming Act in 1988. Throughout its history, refugee resettlement has been a joint effort of the U.S. government and private, mostly religious organizations. According to the U.S. State Department, the “refugee resettlement program reflects the United States’ highest values and aspirations to compassion, generosity and leadership.”

Since the period of Vietnamese resettlement, the U.S. Resettlement Program has welcomed more than 3 million refugees from diverse countries in crisis. In Syracuse, we have welcomed refugees from Ukraine, Bosnia, Kosovo, Liberia, Burundi, Somalia, Sudan, Burma, Bhutan, the Democratic Republic of Congo, Eritrea, Afghanistan, Syria, Iraq, and many other countries. Over half of these refugees have been children. Each of these populations is unique in culture, religion, ethnicity, and experiences, but each one has the common experience of fleeing their homeland and beginning a migration experience that is often unwanted, dangerous, and unpredictable. Refugees have a unique status among people immigrating to the United States. They have already fled their country of origin, and are unable to stay in their country of asylum overseas. To be classified a refugee, they must have “a well-founded fear of persecution for reasons of race, religion, nationality, political opinion or membership in a particular social group…” They cannot go home; they are stateless.

When refugees first arrive, they need an intensive amount of support. Their arrival at Hancock airport is the point at which the Catholic Charities Resettlement program begins providing this assistance. In the first 90 days after arrival, refugees must be linked to financial resources, educational programs, and health care services. They work closely with a Case Manager and a whole resettlement team that ensures that they are in safe housing, enrolls both adults and children in school, takes them to health care appointments, helps them obtain social security cards, and connects them to the ongoing services and supports that will ensure their successful adjustment to the community. The refugee adults also begin working with Employment Specialists to find a job and earn financial self-sufficiency. A refugee’s first six months in the United States is a period of constant orientation, overwhelming information, anxiety, stress, and acclimation.

However, to only look at the supports that refugees need, and what we give to them, is to do them a disservice. Refugees bring much more to those who work with them, and to the community as a whole, than we can ever give to them. If we are willing to listen and learn, they bring lessons that are both inspiring and transforming. In the 32 years that I have had the honor to work with refugees, here are just a few of the lessons that they taught me.

First, COURAGE isn’t just for superheroes. I have heard so many stories of ordinary people displaying extraordinary courage. Mothers who stood up to the Taliban, women who defied al-Shabab to work with humanitarian agencies in Somalia, countless individuals who stood for the rights of others while being tortured and threatened, and interpreters who protected American soldiers in Afghanistan and Iraq. Many of these individuals suffered severe consequences for their courage. Their family members were killed, often in front of them, and almost inevitably, they were forced to flee the only home they had ever known, and begin the long journey to America. Their stories are heartbreaking and haunting, and while I hope I have that much courage, I also hope never to have to prove it.

Second, never let go of HOPE. In the most hopeless of situations, the refugees who come to the United States have maintained hope. They maintained hope as they fled burning cities and villages. They held onto hope even as they witnessed violence, death, and destruction around them. They were hopeful as they struggled through the arduous process of applying for resettlement in the U.S., and persistent through countless interviews, screenings, and extreme vetting. They stayed hopeful, even as the U.S. slowed, banned, and decreased the number of refugees accepted for resettlement this year. They remain hopeful today as they wait for family members yet to come.

This year has been difficult for refugees. There is a special concern that welcoming strangers might be dangerous. Some believe that we need to protect the nation from refugees because they have ties to nations where there are terrorists. It is important to keep in mind that they do have ties to these nations, but that they fled these nations, their homelands, because of the terrorists. They are the victims of the terrorists, the ones whose family members were killed by terrorists, and whose lives were shattered by terrorism and extremism. When they come here, they are seeking peace and holding onto hope, and they are grateful that their children will not have to face violence, terror, and war. There is a line from the movie Speechless which always inspires me: “Hate is easy, but love takes courage.”  In this time when it is just a little scary to welcome refugees to our country, choose the path of love, show courage, and welcome the stranger.

On September 27, 2017, Pope Francis launched the two-year “Share the Journey” campaign, which aims to raise awareness about the plight of refugees and migrants worldwide. Led globally by the Caritas network, the campaign is sponsored in the U.S. by the United States Conference of Catholic Bishops, Catholic Relief Services, and Catholic Charities USA. Visit https://syracusediocese.org/being-catholic/share-the-journey/ and https://www.sharejourney.org/ to learn more.