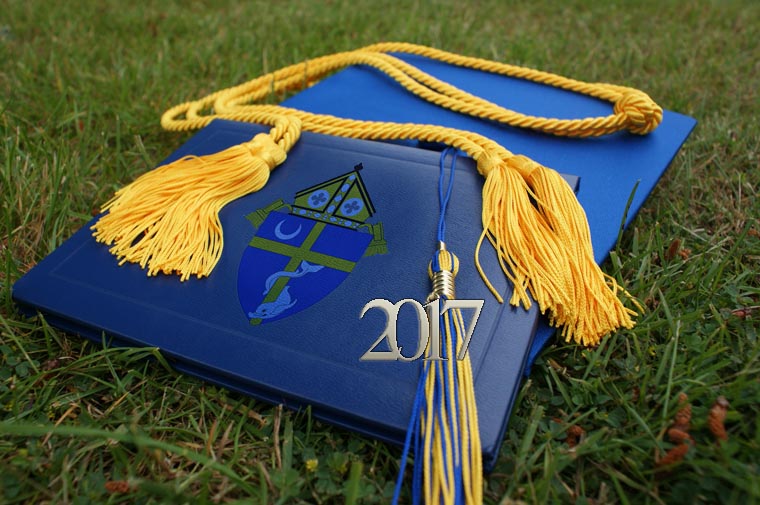 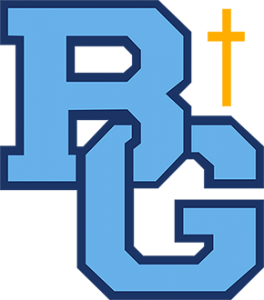 Daughter of Ms. Felicia Castricone. Mary will be attending Villanova University’s College of Liberal Arts and Sciences. Her current major is undecided. Mary’s extracurricular activities have included being a member of the National Honor Society as well as the school’s National French Honor Society and History Honor Society. Mary has served as a HOBY ambassador as well as a World of Difference ambassador. She was chosen from amongst her peers to participate in our local “Women in Engineering” Day. Mary has been awarded the American Association of Teachers of French’s Excellence Award in 9th and 10th grades, and she received the Frederick Douglass and Susan B. Anthony Award from the University of Rochester in 11th grade. Mary was the Honors Medal recipient at the SRC Regional Science Fair in 11th grade, and she was a participant in the Notre Dame Vision High School Conference in the summers before 10th and 11th grades. Mary has been an active member of our BG Ambassadors program in which she is a representative for our school both within the building and in the community. She has helped lead tours of the school, shadow potential students, and speak about the benefits and offerings of our school with different audiences. In addition, Mary has been a member of the school’s Yearbook Club as well as the Peer Ministers group, which is a group of students who help to ensure that the school’s Catholic Identity is not lost. The Peer Ministers help to plan and lead student retreats, plan and set up for Masses, and they help with various service projects throughout the school. Finally, this past year Mary answered the call to serve our school community by serving as a member of the Student Council Executive Committee. This leadership position has allowed Mary to make sure that the voices and thoughts of the students are heard as she serves as a liaison between the student body and the administration of the school. Outside of school, Mary has volunteered countless hours of community service each school year throughout her parish and community. Mary has volunteered with the following organizations throughout most of her junior high and high school careers: Catholic Charities Refugee Resettlement Program, St. Vincent de Paul’s Church, St. Joseph’s Hospital, as well as at the school’s Lady Cobra Basketball Camp. When not busy with service projects or extracurricular activities, Mary has also been involved in a number of athletic teams including modified soccer (9), JV and Varsity basketball (9-12), and tennis (10-12). Mary’s teammates recognized her leadership role on her team as she served as team captain for her tennis team for the past two years. 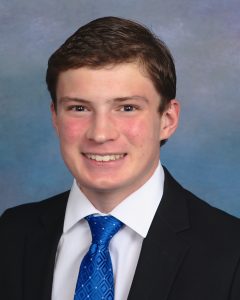 Lucas is the son of Wendi Burnette and Jim Burnette. Lucas will be attending Rochester Institute of Technology. His intended major is (undecided) engineering. Lucas has been involved in a number of extracurricular activities including being a member of the National Honor Society and serving as its president this year. He has also been a member of the robotics club, peer ministry club, peer leader group, BG student ambassador, and he was one of a select group of students chosen to perform as Coby, our school’s mascot, at various functions and sporting events. Outside of school, Lucas has been very involved in the Boys Scouts of America. Lucas was the Onondaga District Chair for the Order of the Arrow and presented at the 2016 Course Director Conference in the Northeast. This past year, Lucas was also awarded the rank of Eagle Scout. In his parish Lucas also received the Bronze Service Award, which signifies that Lucas contributed 100 hours of service to community organizations.