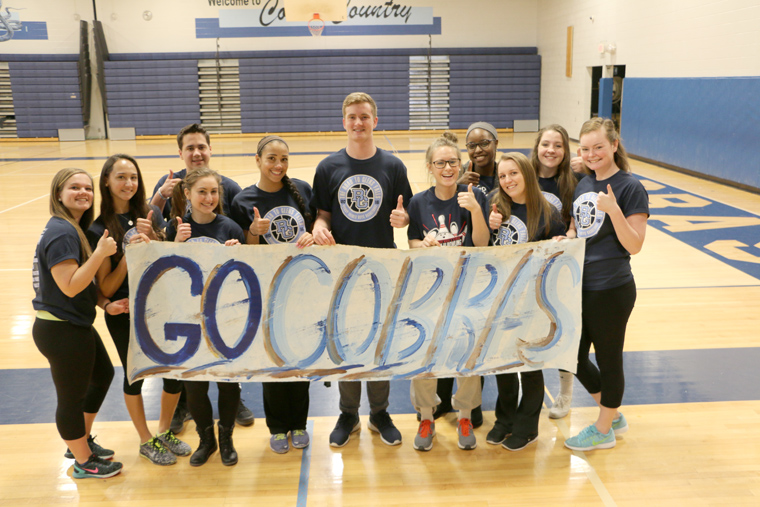 When the season began, no one in their wildest dreams could have imagined the Bishop Grimes Cobras would be playing in the state final four in Glens Falls. But a fearless attitude, great three-point shooting and a ferocious defense led them to one of the most successful seasons in the program’s history. Ironically, many of the things that got the Cobras to Glens Falls seemed to abandon them in the first half of their 74-60 state semifinal loss to Marlboro Central.

The Cobras were never really able to overcome a nightmarish 13 percent shooting in the first half. That, combined with Marlboro making eight of 17 from the three-point line in the first 16 minutes, was the reason why the Cobras trailed 40-16 at halftime.

Trying to come back from a deficit that was as much as 26 points seemed unrealistic. But the Cobras came out in the second half and gave it all they had. A large contingent of Bishop Grimes fans cheered wildly as the Cobras chipped away at the deficit throughout the second half. AC Ater, Johnny Wike and Lucci Vigliotti were the leaders of a charge that looked as though it could potentially have a storybook ending. Shawn Gashi’s free throws with 3:34 left in the game cut the Marlboro lead to 59-52. The Dukes were struggling against the Cobras’ aggressive, trapping defense and seemed about ready to break. But a couple of baskets off of offensive rebounds helped Marlboro stop the Cobras’ momentum and they were able to hold the Cobras off down the stretch.

The senior guards led Grimes’ scoring in their final game in a Cobra uniform. Ater finished with a game-high 20 points, while Wike tallied 17, including three three-pointers. The Cobras finished with six triples overall, but were unable to match Marlboro’s long-range marksmanship. The Dukes finished the game with 12 three-pointers.

The Cobras finish their first season under head coach Bob McKenney with a 23-2 record and some memories that will not be forgotten any time soon.