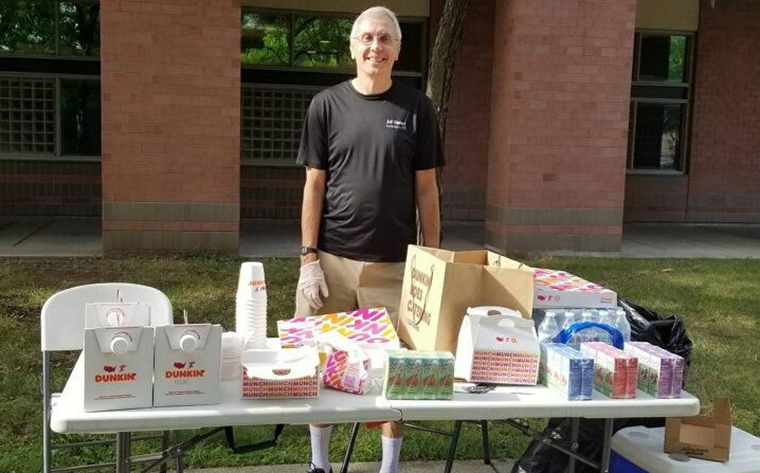 It’s been over two years since residents of the Onondaga County Justice Center and Jamesville Correctional Facility have been able to receive in-person visits from family and loved ones, all due to Covid-19 restrictions. That changed on July 19 with resumption of contact visits as announced by Jail Ministry of Onondaga County.

“Things closed down back in March of 2020,” says executive director Keith Cieplicki, “and it’s really been a challenge for families. They’ve been forced to do either phone calls or video visitation.”

Now, as with many institutions, restrictions have been relaxed as society adapts to living in the pandemic era. Cieplicki says there has been a quick response to the news, but the visitation norms and regulations are being phased in.

“They don’t have full visitation yet, so only 35 families can get in per day, three days a week: Tuesday, Wednesday and Thursday,” according to Cieplicki. Limitations also apply based on the number of visitors per residential pod. “I was amazed the first couple of days,” he adds, saying it was akin to a “mass sea of humanity,” hoping to visit.

Jail Ministry of Onondaga County “is a grassroots, social justice, spiritually-based community” as noted on the organization’s website. Bishop Douglas J. Lucia, among others, is a member of the board of directors which also includes other diocesan personnel.

Cieplicki explains that the Justice Center jail is a holding facility.
“Everybody there is innocent until proven guilty,” he says, but some have been held there as long as three years. “They haven’t seen their loved ones for 26 months.” The Jamesville facility, as a penitentiary, is where people who have pled or been found guilty of a crime serve terms that do not exceed one year of incarceration.

“Ideally, the justice system is one that should move much more quickly,” Cieplicki points out. He adds that “because of Covid, too, the backup in the courts is just unbelievable.”

Cieplicki says that, while unsure as to how long the phase-in period will last before full visitation resumes, he is hopeful it will be back to normal by September.

During the time of non-visitation, Jail Ministry has still been very active. “We have three phone lines that come out of the jail right to our office,” he explains, “so we make phone calls for folks in the jail. They might need us to contact a lawyer, or it might be as simple as ‘phone my wife, tell her I love her.’ You name it; it’s kind of the beauty of what we do.”

Cieplicki adds that “We are part of the referral system in the jail, so anybody who needs help with anything, an apartment, a job, they want a Bible…we’re going to respond to those requests.” He says the office gets anywhere from 20 to 40 requests a day. There is also a letter writing program involving more than one hundred volunteer writers who have kept in touch with inmates during these challenging times.

“Out of all the populations I have ever worked with, I have to say that this population is the most grateful for anything we can do for them. It’s pretty awesome.”