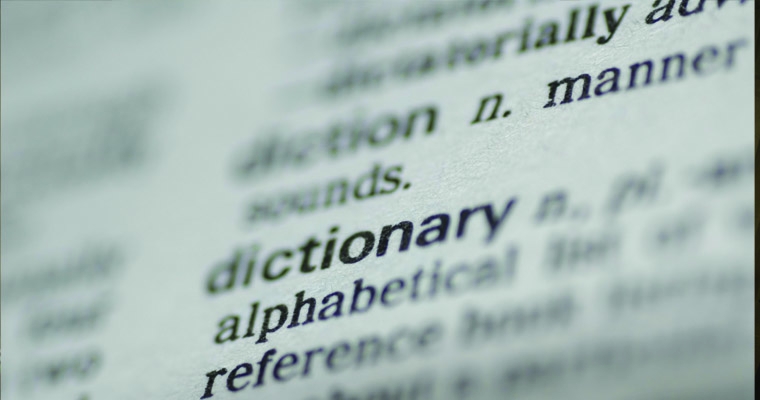 VATICAN CITY (CNS) — In his brief pontificate, Pope Francis has coined some colorful terms to get his points across, for example, using “bat Christians” to describe those who hide their faith.

While the new phrases he uses in his ecology encyclical are not as punchy, they succinctly help illustrate his points that care for the environment is a human and moral obligation, that global warming and pollution have an unfairly heavy impact on the poor and that a real commitment to ecology will entail individual conversion and changed political and economic priorities.

The following is a list defining some key phrases Pope Francis uses in the encyclical, “Laudato Si’, on Care for Our Common Home.”

“Integral ecology”: The heart of Pope Francis’ teaching in the encyclical is his affirmation that the environmental crisis is not only about polluted land, water and air, but includes dangerous attitudes toward other human beings as well as economic practices that harm people and the environment.

His solution is an “integral ecology,” one that challenges all people to broaden their focus of concern and their daily behavior to include standard environmental ecology, but also: protection of all human life; concrete acts of solidarity with the poor; ethical conduct in economic affairs; greater attention to urban planning to facilitate social relationships and give all people some contact with nature; and protection of people’s cultural heritage in an era when media saturation tends to erase distinctions.

“Ecological debt”: The world’s richest countries, the pope says, have an outstanding “ecological debt” to the world’s poorer countries and they have a social and moral obligation to repay it. Particularly between the global North and South, he says, there is a debt “connected to commercial imbalances with effects on the environment, and the disproportionate use of natural resources by certain countries over long periods of time.” The wealth of the world’s most industrialized countries, the pope says, comes in large part from excessive profits drawn from practices like mining or logging in developing countries and taking advantage of their weak environmental protection laws and cheap labor.

“Superficial ecology”: Pope Francis says that in times of “deep crisis” many people try to convince themselves that what is happening around them is not really all that obvious or clear. “Superficially, apart from a few obvious signs of pollution and deterioration, things do not look that serious, and the planet could continue as it is for some time,” he says they tell themselves.

While the attitude sounds passive, it actually takes effort. But, what is worse in the pope’s eyes is that “such evasiveness serves as a license to carrying on with our present lifestyles and models of production and consumption.” The attitude, he says, is “self-destructive.”

“Gospel of creation”: In the encyclical, Pope Francis acknowledges that many of the people most concerned about the environment are not religious or, in fact, are anti-religious. While calling on those people to engage in dialogue with people of faith, he addresses an entire chapter to Christians on “the Gospel of creation.” Faith teaches Christians that “human life is grounded in three fundamental and closely intertwined relationships: with God, with our neighbor and with the earth itself.”

The Bible, he says, assigns a special place to human beings in the order of creation, but their role is as stewards and not lords. “We are not God,” he says.

“The Gospel of creation” also calls believers to care for and safeguard their brothers and sisters, especially the poor and those unable to defend themselves. It calls them to work for justice and for peace, starting with the most basic forms of sharing and solidarity.

“Since God created the world for everyone,” he says, “every ecological approach needs to incorporate a social perspective which takes into account the fundamental rights of the poor and the underprivileged.”

For Christians, he says, the incarnation of Jesus adds further proof of the created world being part of God’s loving plan of salvation. “In the Christian understanding of the world, the destiny of all creation is bound up with the mystery of Christ, present from the beginning: ‘All things have been created though him and for him,'” Pope Francis writes.

Being a Christian means one recognizes “the teachings of the Gospel have direct consequences for our way of thinking, feeling and living,” he says. The pope calls for an “ecological conversion” in which Catholics make sure “the effects of their encounter with Jesus Christ become evident in their relationship with the world around them.”

“Ecological culture”: In the encyclical, Pope Francis says it is not enough to make a commitment to certain important actions like recycling or even forging international agreements on carbon emissions. What is needed, he says, is a whole “ecological culture,” which involves “a distinctive way of looking at things, a way of thinking, policies, an educational program, a lifestyle and a spirituality which together generate resistance to the assault of the technocratic paradigm.”

“Compulsive consumerism”: At the heart of the ecological disaster, Pope Francis says, is a widespread idea that “leads people to believe that they are free as long as they have the supposed freedom to consume.” Instead of being free to find beauty in nature and praise God for the gifts he has given, people actually have handed their freedom over to the world’s biggest companies and wealthiest individuals who successfully convince them that the best things in life can be bought.

Over-consumption is at the root of excessive waste, he says, but it also freezes the human heart and makes it unable to recognize the needs of others.

However, he says, a consumer-driven culture does offer some advantages in the field of ecology: Buying only certain products and boycotting others has been “successful in changing the way businesses operate, forcing them to consider their environmental footprint and their patterns of production.”