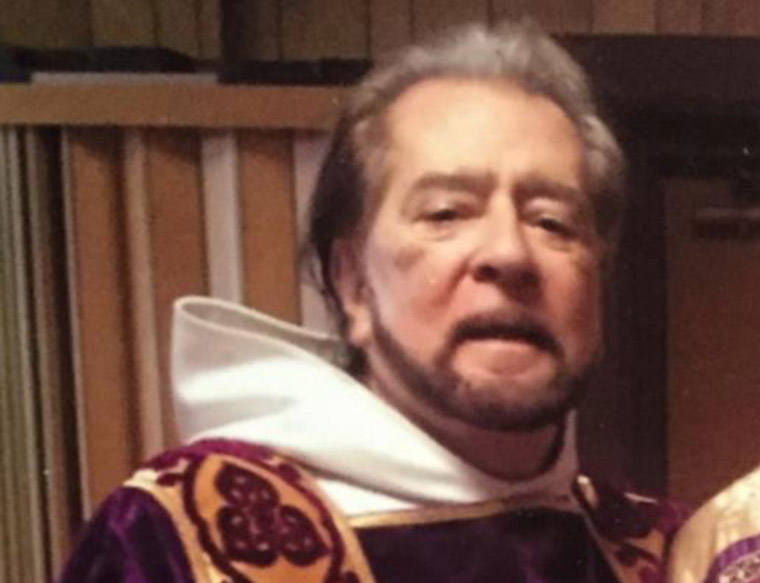 Father Tony. Two simple names to describe the robust life of a man and priest, Father Anthony P. LaFache. From the pulpit to the pews at the Mass of Christian Burial Nov. 7 at St. Joseph-St. Patrick Church in Utica, people spoke of “Father Tony.” The familiar name of someone with whom all were comfortable and who comforted them for more than a half-century as a priest in the Diocese of Syracuse.

Father LaFache was called to heaven Oct. 30. He was born in Albany, the son of the late Anthony P., Sr. and Angeline M. (Thomas) LaFache and was a graduate of New Hartford High School. Father LaFache received his undergraduate degree from Utica College of Syracuse University and received a master’s degree in Education Administration. After teaching for a time, he continued his studies at Holy Apostles Seminary in Cromwell, Conn., and St. Bonaventure University prior to ordination on May 18, 1968.

Father LaFache also trained in Scripture and Social Issues at Catholic University, where he received his master’s degree in Divinity. His obituary in Utica’s Observer-Dispatch also mentioned that he was proud of his degree from Simmons School of Mortuary Science, which informed his ministerial work. Father LaFache taught religion, sociology, and Latin at both at Notre Dame High School in Utica and Bishop Grimes High School in East Syracuse.

Father LaFache began his parish ministry as assistant in 1968 at St. Bartholomew Church, Norwich. Then again in this capacity at St. Matthew Church, East Syracuse. He continued this ministry as pastor at St. Mary’s Church, Utica, in 1978 followed by St. John the Baptist Church, Rome, in 1991. His final parish assignment was at St. Anthony Church, Utica, first as an associate pastor in 1993, then as pastor in 1998. He retired in 2012 and served in residence at St. Joseph-St. Patrick Church, Utica.

Father Joseph S. Zareski, pastor of St. Anthony of Padua and St. Mary’s Church, Cortland, noted in the homily that Tony “knew how to take care of everyone.… He knew how it was to lose someone very dear to him.” As chaplain to patients as St. Elizabeth’s Hospital, Father LaFache was dedicated to ministering to the sick.

In the obituary, Father Mark Pasik, pastor of St. Mark’s Church, Utica, wrote, “Our Lord said ‘When I was sick you visited me,’ and this was one of the hallmark or gifts of God, the Holy Spirit, that was ensued into the Priestly life of Father LaFache. His intense dedication to the patients at MVHS at St. Elizabeth Medical Center under the inspiration of our native Saint, Marianne Cope, became an extended gift of healing for those patients who needed the presence of Christ, the Divine Physician in their lives. Regardless of the time, day or night, Father became available to administer the Sacraments as well as Holy Mass.”

Father Zareski said Father LaFache “never complained. He did this with compassion. He did it with love and joy.” At the local priests’ Saturday dinners, Father Zareski said, Father LaFache ensured that his turn to coordinate the dinner fell during the Christmas season. He had special gifts for his brother priests: a comb for a priest who was bald, a children’s book for someone interested in reading, and a plastic golf ball for an avid golfer — all Dollar Store treasures.

Father Zareski read the poem “The Beautiful Hands of a Priest” as he asked those at the Mass to “picture in your mind Father Tony LaFache, one of the Father’s good and faithful priests.”

The poem was passed down orally in Ireland and the final lines of the poem read,

“When the death dews on our eyes are falling,

May our courage and strength be increased,

To see, raised above us in blessing

The beautiful hands of a priest.”

The reading of the poem was one of two poignant moments during the Mass that so touched those attending that applause broke out in memory of Father LaFache. The second was the moving rendition of “Time to Say Goodbye,” sung by David Ossenfort, lead soloist of Eannace Funeral Home.

Bishop Douglas J. Lucia celebrated the Mass and offered deepest sympathies to the family and communities grieving the loss of Father LaFache. “We will accompany you and Father Tony in prayer in the days to come,” he said.

He noted that the Mass of Christian Burial occurred during National Vocation Awareness Week and “one thing Father Tony would say we continually need to do is pray for vocations.”

Father LaFache is survived by several aunts, many cousins, nieces, nephews, Godchildren and friends, including the members of the Saturday evening priests group.