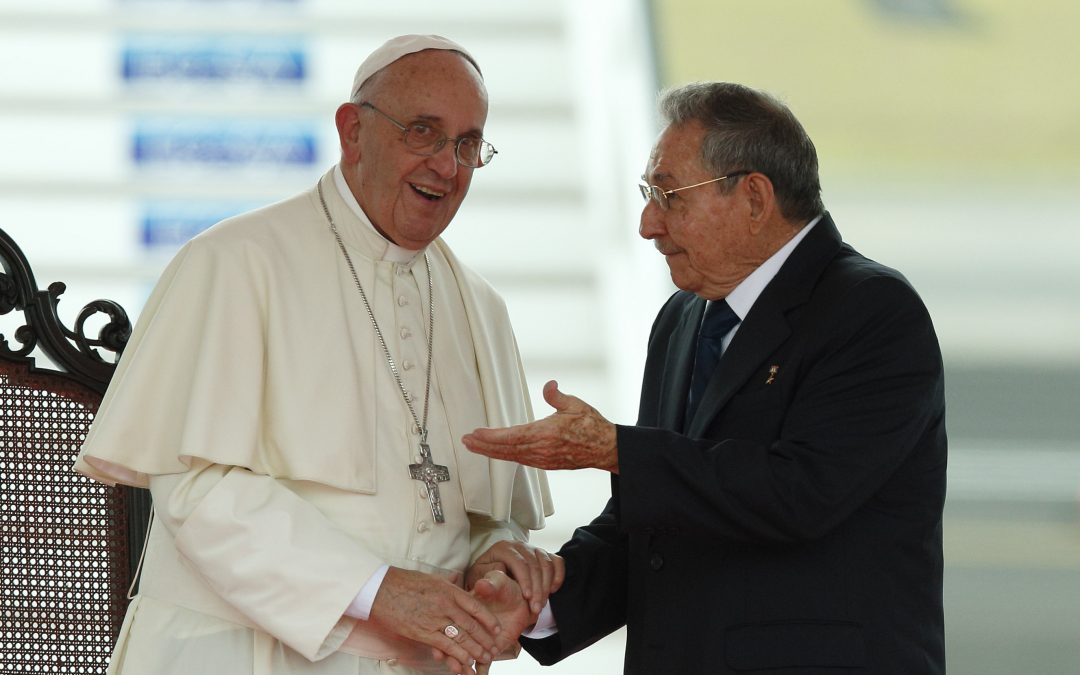 Pope Francis arrived in Havana, Cuba, Sept. 19. Both he and President Raul Castro offered remarks at the airport welcome ceremony, with Pope Francis urging the continual improvement of U.S.-Cuba relations. Here are some first takes on his speech, the complete prepared text of the address, Tweets from journalists on the ground, photos, and video of the welcome ceremony.

From National Catholic Reporter: In Cuba, Francis urges continued thaw in relations with US

From Crux: The pope in Cuba: Keep working with the US to improve relations

From Catholic News Agency: Restoration of ties with US a sign of hope, Pope says in Cuba

Cubans line the 25km route from airport to Havana to cheer Pope Francis and get his blessing pic.twitter.com/cwvvwNCveB