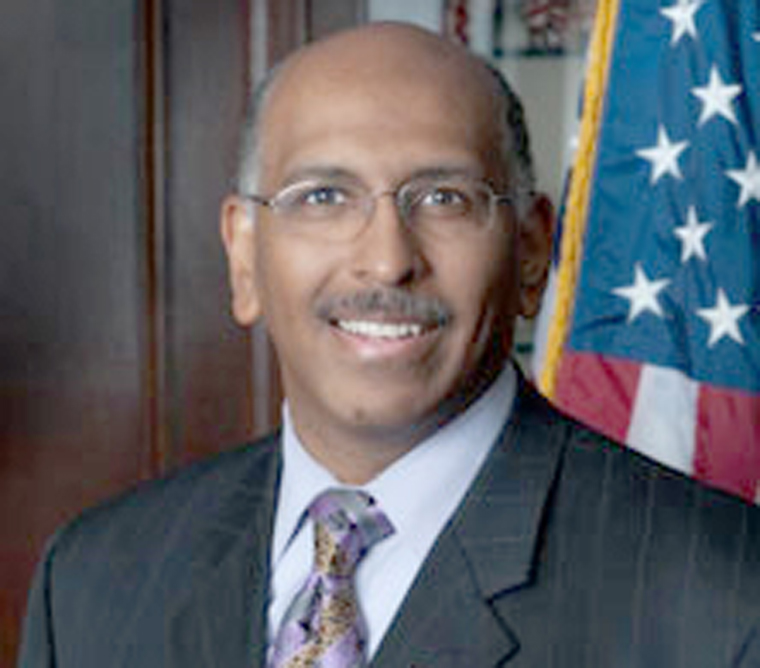 Michael Steele, former chair of the Republican National Committee, is scheduled to speak at the annual Borgognoni Lecture in Catholic Theology and Religion in Society series on April 4. The event is sponsored by Syracuse University’s Department of Religion in the College of Arts and Sciences, Hendricks Chapel and the State of Democracy Lecture Series of the Campbell Public Affairs Institute in the Maxwell School of Citizenship and Public Affairs. The event is free and open to the public.

Steele’s presentation is titled “Be Not Afraid: Faith as the Cornerstone of Public Service.” A Catholic, the Johns Hopkins University alum once studied for the priesthood before attending and graduating from Georgetown University Law Center. Steele became the first African American to hold statewide office in Maryland when he was elected lieutenant governor in 2002. He was also the first black person to be elected chair of the Republican National Committee, holding that position from 2009 to 2011.

Professor Margaret Susan Thompson is an associate professor of history and political science at SU’s Maxwell School of Citizenship and Public Affairs. She is also chair of the Borgognoni Lecture committee and explains that the series focuses on speakers who can “address the intersection of public life and Catholic faith.” She adds that Steele “is excited to be coming here because he is not always asked to talk about that aspect of his life.” Thompson stresses that this is a lecture intended for the general public, not just the university community.

Professor Thompson recognizes that Steele is considered by some to be a maverick. While he maintains his party affiliation, he has also been open about his concerns. “Mr. Steele was pretty outspoken in the last campaign” concerning the party’s direction. She adds, “I think a lot of that concern is founded in his faith and the values that have been strengthened by his faith.”

The annual Borgognoni Lecture in Catholic Theology & Religion in Society is supported by funds established by “Father Charles” as Monsignor Charles L. Borgognoni was affectionately known on campus, having served as the Roman Catholic chaplain there for 30 years. The series was established in 2007 in memory of his parents to promote the study of Catholic theology and religion in society.

The event will be held 7 to 9 p.m. Monday, April 4, at the National Veterans Resource Center, Tan Auditorium, on campus at 101 Waverly Ave., Syracuse. The lecture will be followed by a question-and-answer opportunity.