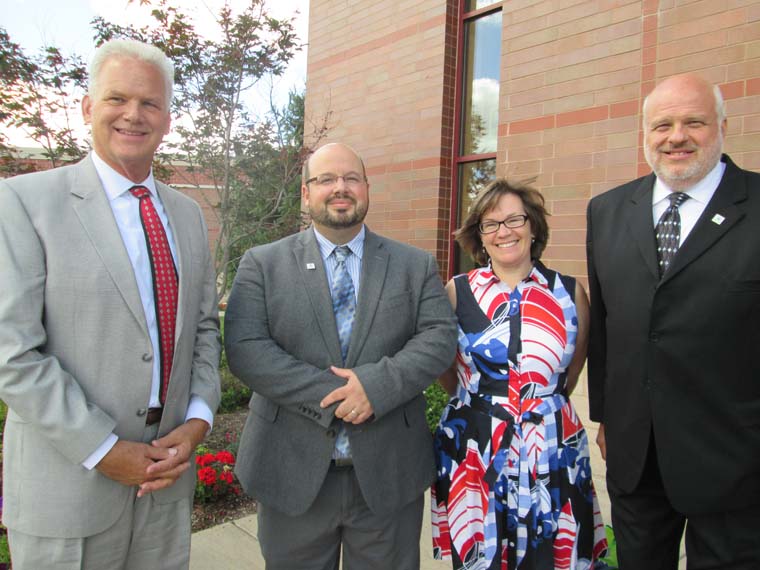 Four new principals will open the school year in the Diocese of Syracuse.

James Fountaine is the new principal at St. John the Evangelist School in Binghamton.

Fountaine is a graduate of Catholic Central High School. He earned a bachelor of science degree in Elementary Education from St. Bonaventure University. He earned his master’s in Education and Administrative Certification from SUNY Cortland.

From 1973 to 2010 he was a teacher and administrator in the Union-Endicott School District. Fountaine served as principal at George H. Nichols Elementary School and George F. Johnson Elementary School, both in Endicott, from 1985 to 2010.

Jim is very involved in the life of his parish, Our Lady of Good Counsel in Endicott, and extensively engaged in the Binghamton community.

She began her career as a teacher at Our Lady of Sorrows School in Vestal.

A graduate of Catholic elementary and high schools in the Rochester Diocese, Kitchen earned an AAS in Early Childhood Education at SUNY Broome, a BS in Elementary Education from SUNY Oneonta, and an MS Ed. in Curriculum and Instruction from SUNY Cortland.

She also served as the Challenge Enrichment Program coordinator and as a teacher for the Binghamton City School District.

He is a graduate of Seton Catholic Central Central Junior/Senior High School in Binghamton. Martinkovic is certified by New York State as a school district administrator and a secondary science teacher. He earned his bachelor of science degree and his master of arts in Teaching degree from SUNY Cortland. He completed his certification in School Building Leadership at Le Moyne College.

Martinkovic previously served as principal of St. James Elementary School in Johnson City. He also taught at other Catholic schools in Broome County: St. Joseph’s School and All Saints School in addition to St. James.

Nolan takes over Bishop Grimes after working for the Syracuse City School District for 31 years.

Nolan is a graduate of St. Brigid & St. Joseph Grammar School and Christian Brothers Academy. He earned his bachelor’s and master’s degrees in Special Education from Syracuse University and his certificate in advanced study in Educational Administration from SUNY Oswego.