Four ways to be more attentive this Advent 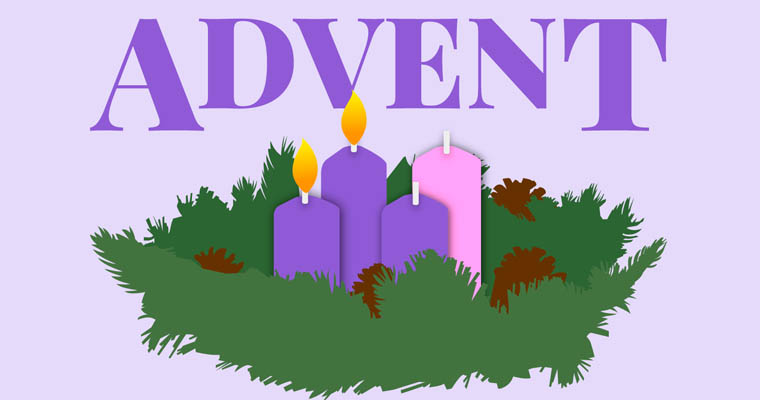 “Be watchful!” and “Be alert!” are two traditional spiritual commands often heard by Catholics during the Advent season in preparation for the birth of Christ at Christmas. To the contemporary Catholic, they can also present somewhat of a conundrum.

Being watchful and alert both imply a void, an emptiness, something lacking, an expectation to be fulfilled. On the other hand, the Advent season in today’s society seems to be an overflow of noise and images, these days all about Christmas.

It doesn’t take much to “be watchful” and notice that Christmas is all around. Christmas songs on the radio, commercials on TV, posts abound on the internet — it’s everywhere. It’s seemingly impossible to miss the fact that Christmas is coming. In a world such as this, being watchful seems at best redundant, and at worst, a distraction hiding one from Christ.

Depending on what part of the country a person is from, it used to be that alerts were exclusively for seriously inclement weather, such as tornadoes and other storms. Now alerts are a constant part of our life.

Between texts, emails, social media messaging, likes, comments, shares, sports scores, phones constantly ping with alerts. We’re so accustomed to hearing these alerts that now if a phone goes off in a room filled with a bunch of people, everyone must get their phone out to check and see if it’s their phone.

The constant flow of alerts only fuels our addiction to our phones. How are we supposed to “be alert” for the coming of Christ when we are constantly inundated with alerts? Does Christ not become at best just another ping, another alert or, at worst, the wolf in the story of “The Boy Who Cried Wolf,” completely missed due to so many other useless and superfluous alerts?

For some, the temptation this season to run and hide in a quiet, dark cave until Christmas to avoid all of the chaos and noise might not seem like such a bad idea. The more gregarious thrive on all the extra opportunities to socialize and enjoy the pandemonium of the season.

• Go to confession. When we speak of being watchful, the natural inclination is to look outward, searching for Christ. But before we can begin to look out, we must first look inward.

By making a good examination of conscience and confession, we can be watchful of our sins, failings, shortcomings, burdens and struggles. These things all create an extra barrier, a sort of blindness that prevents us from looking outward for Christ.

It’s like trying to see through dirty glasses or a dirty windshield; sometimes we need a good cleaning or carwash before we can begin to see clearly.

• Turn down the volume. As fun as it may be to blast Christmas music on the radio every time we get into the car right after Thanksgiving, to be more watchful we ought to consider turning down the sound.

What if on the way to and from work or school there was no music in the car until Christmas? How would that help to build up a kind of holy anticipation for the coming of Christ at Christmas?

This might not mean a total ban on music, but at least some intentional silence each day as a reminder to be watchful for the coming of Christ and not just overwhelmed with tunes.
Be alert!

To be more attuned to the coming of Christ and less focused on our phones, an Advent practice could be to go into our phone settings and turn off the notifications and alerts. Is it really that necessary to know every time someone has liked a comment or tweet? By reducing notifications on the phone, Advent can be spent increasing alertness for Christ.

• Provide a phone bowl. When hosting a party for your family and friends, consider putting out a large box or bowl where everyone can store their phones during the party.

This way, if one of the guests hasn’t followed the advice above and his or her phone starts pinging with alerts, others won’t be interrupted or stop their conversations to look down at their phones too. It allows everyone to be more present to one another at the party, to enjoy each other’s company and, in turn, to be more alert to Christ’s coming at Christmas.

Father Brooke is a priest of the Diocese of Jefferson City, Missouri. His website is frgeoffrey.com and his social media handle is @PadreGeoffrey.