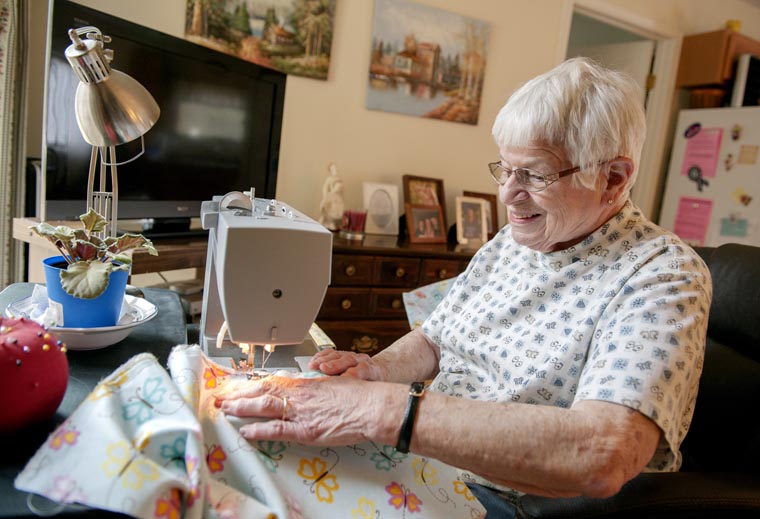 WASHINGTON (CNS) — The seemingly carefree days of retirement with no set schedules, commutes or bosses do not just magically arrive at one’s doorstep upon reaching a certain age.

The new routine with its perks — no demands, no early risings — and downfalls — no paychecks and built-in social networks — requires a fair amount of advance preparation to determine one’s financial needs and roughly plan how one will use all the newfound extra time.

It also takes some thought about how one will prepare mentally and spiritually for this transition.

Fortunately there is no shortage of advice out there for anyone planning to retire — whether it be decades from now or is even right around the corner. Books, online sites and even phone apps offer tips on how to get ready for, and embrace, this new stage of life.

Most retirement advice starts with the jumping-off point of how to financially prepare for life after work without receiving one’s usual paycheck. There are a range of tools and calculators available to determine monthly and yearly costs of retirement and how to best prepare for this.

The U.S. Department of Labor offers multiple resources about best ways to save and plan for the future. Its website — www.dol.gov/ebsa/publications/savingsfitness.html — gives advice for those newly saving, longtime savers, women and the self-employed or those contributing to an employer-based retirement plan.

Above all, this site stresses, and repeats, that people have to save for their retirement and if they haven’t done so already they should start immediately.

The online material from the Labor Department points out that average Americans spend 20 years in retirement and yet “fewer than half of Americans have calculated how much they need to save for retirement” and in 2012, 30 percent of private industry workers with access to a defined contribution plan did not participate in it.

It adds that experts estimate that people need at least 70 percent of their pre-retirement income and lower earners need 90 percent or more to maintain a similar standard of living when they retire.

Catholic Financial Life, an organization based in Milwaukee, which provides life insurance, annuities and financial advice, through its local chapters across the country, similarly advises retirement planners not to delay saving for retirement either through an employee-based program or an individual tax-deferred savings account.

But just having funds for retirement is not the only consideration. Those in the know say it’s also important to mentally prepare for life without a preset daily routine.

Above all, retirees should be careful not to fall into the trap of watching too much television, warns Bob Lowry, who retired in 2001 from radio work and writes about retired life in his blog “Satisfying Retirement.” Lowry gives advice on simplifying life, places to go, things to do and how to keep up with mortgage payments.

Richard Johnson, a Catholic psychological clinician and counselor who has been writing and teaching about retirement for more than 30 years, also stressed the importance of limiting TV use to fill time.

He said research shows that retirees spend twice as much time watching television as do working people — about four hours a day.

Part of this stems from a lack of preparation for this life transition, he said, noting that Catholic parishes in particular should be helping older members adjust to life after work in the same way they focus on youths and young families.

He noted that about 4,000 Catholics retire every day in the United States and that the group is in desperate need of adult faith formation since for so many years they have identified themselves with their working roles and often find it hard to describe, or even figure out, their new roles.

“We in the church need to see retirement, and aging in general, not as a joke,” he told Catholic News Service, noting that when people joke about something it usually means they are afraid of it.

Johnson, who has devoted much of his life to helping people adjust to retirement said this state of life is a “phenomenal opportunity” for the church to address which could have ripple effects.

For example, given the right tools and perspective, he said retired Catholics could be having different conversations with their adult children and grandchildren about the faith instead of just bemoaning that younger family members no longer go to church.

As he sees it, retirees have a unique opportunity to “let go and surrender,” which is a very spiritual process.