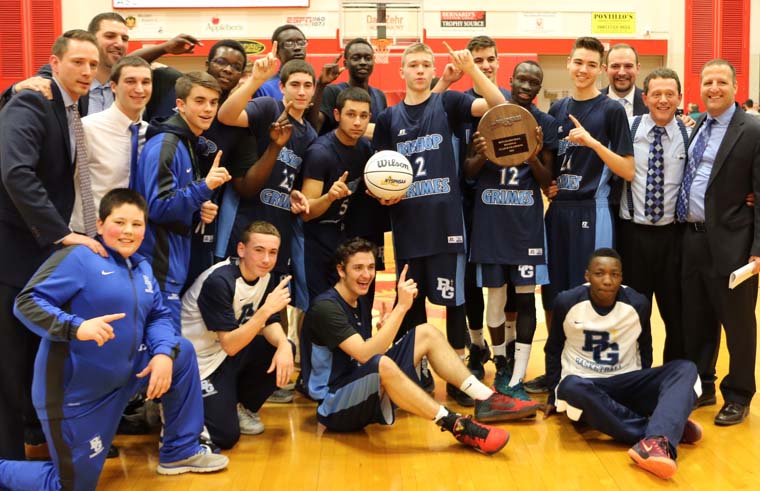 With a 69-60 victory over Norwich in the regional final at SUNY Cortland March 5, the Cobras advance to the March 11 and 12 state final four.

Much as they did in the Section III championship game a week earlier, the Cobras jumped out to a quick lead that they would never relinquish.

Junior forward Jonah Cummings’ three-point basket on the opening possession gave the Cobras some early confidence and a lead they would hold on to from start to finish. The Cobras finished the first quarter with a 13-8 lead, as both teams showed some nerves on the big stage.

The Cobras took command with a strong second quarter, as their pressure defense and transition game became a factor. The Cobras led 35-21 at the half, and would extend the lead to as much as 18 points in the third quarter. The Cobras cruised home despite a last-minute Norwich run that put the final margin below double figures.

Five Cobras finished the game with double figures. Cummings, who was held scoreless the previous two games, bounced back to lead the way with a season-high 14 points. Guards Johnny Wike earned 13, AC Ater and Lucci Vigliotti 12 each, and Shawn Gashi 10. Senior forward Mark Shattuck provided some interior balance to the strong guard play by adding eight points, all of which seemed to thwart momentum that Norwich was trying to seize.

The Cobras will make their first final four appearance since 1995 when they face Marlboro in the state Class B semifinal March 11 at 8 p.m. at the Glens Falls Civic Center. The winner of that game will play for the state championship March 12 at 9 p.m.