Holguin Catholics delighted their time has come for papal visit 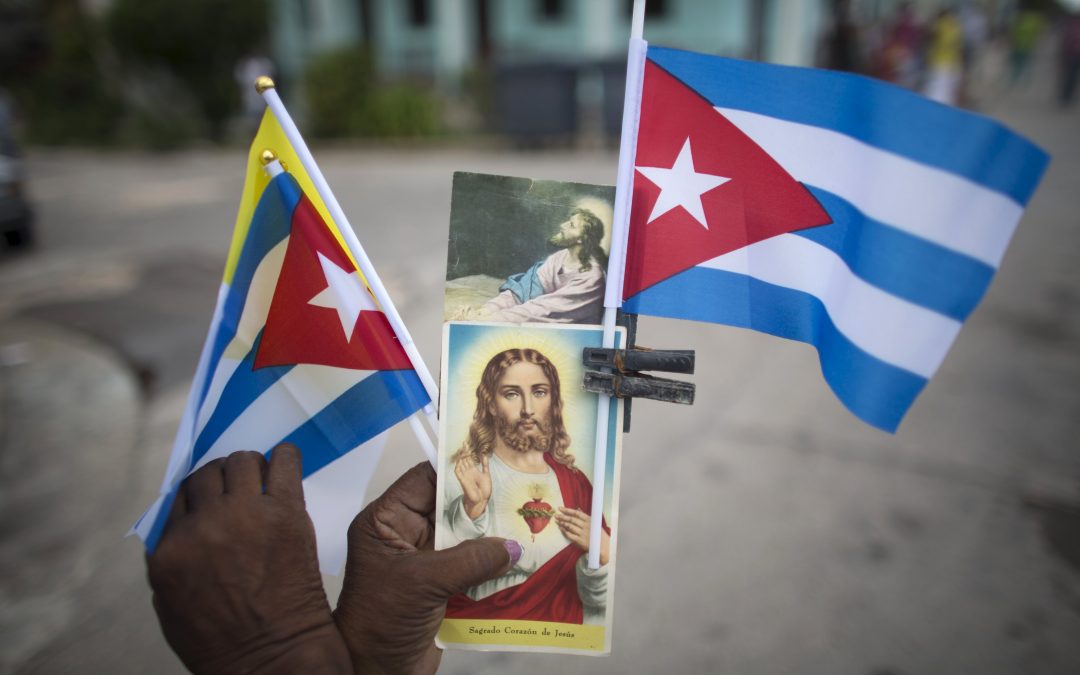 HOLGUIN, Cuba (CNS) — Popes have come and gone from Cuba, and this city of 300,000 or so always has prepared but never has been picked for a visit by a pope — until now.

There is a spiritual “debt” owed to Holguin when it comes to papal visits to Cuba, said Juan Pablo Aguilera Torrablas, 24, who works for the diocesan magazine in Holguin, on the eastern end of the island.

Events in Holguin Sept. 21 are expected to draw attendance from nearby cities and towns and will exceed the city’s normal population, resulting in what’s likely to be the biggest event Holguin has ever experienced.

Though not as worldly as Havana or Santiago de Cuba — the country’s two largest cities — Holguin’s treasures are spiritual, locals say. They cite the importance of the discovery of the Virgin of Charity, the country’s patron saint, who was found as a wooden icon floating in the nearby Bay of Nipe in the 1600s, and of the icon’s journey through Barajagua, which also is in the province of Holguin.

With the pope’s visit, Holguin’s moment in the spiritual limelight has arrived. English and Italian can be heard through its normally tranquil streets, as visitors from outside, such as Gloria Tamargo Lopez from Miami, have arrived solely to watch Pope Francis.

Some, like architect Ana Luisa Salceda Hernandez, a Catholic who helped design and prepare the altar where the pope will celebrate Mass, said it still did not seem real that all eyes would be centered on Holguin’s Revolution Plaza.

The papal Mass marks the first time the plaza — used solely for political and patriotic events — will be used for religious purposes. A quote by independence fighter Antonio Maceo is etched on a sculpture behind the temporary temple: “Whoever tries to take possession [of] Cuba will gather the dust of her soil soaked in blood, but perish in the fight.” It is a contrast to the image on a billboard nearby featuring Jesus as the Good Shepherd.

The makeshift temple features what looks like an upside down V, but is the silhouette of the Virgin of Charity, venerated by Catholics but adored even by non-Catholics in Cuba. The pope has made mention of the venerated Marian image from the moment he stepped off the plane.

The pope also is expected to bless the city of Holguin from a hill that has a large cross that overlooks the city.

The cross on that hill is a symbol of the crosses carried by “Holguineros” as the denizens of Holguin are called, said 69-year-old Oscar Ramirez, but they are crosses that they carry with joy, not with sadness, as Christians are called to do. He said he was happy that the pope would visit his city, known not just for its beautiful parks, but also for its humility and solidarity.

“He is a priest who is down to earth, organic, a man of the people,” she said. His homily in Havana and his first speech after landing in Cuba showed his intelligence and his warmth, which plays well on a population that is poor but humble.

Elizabeth Feria Ramirez, 21, a member of Holguin’s Sant’Egidio Community, said: “The people of Cuba have a spirit of service, but it just lacks a little spark,” which the pope can bring with his visit.

“He speaks the truth of the Gospel, and that’s a Gospel that was born out the poor,” she said.