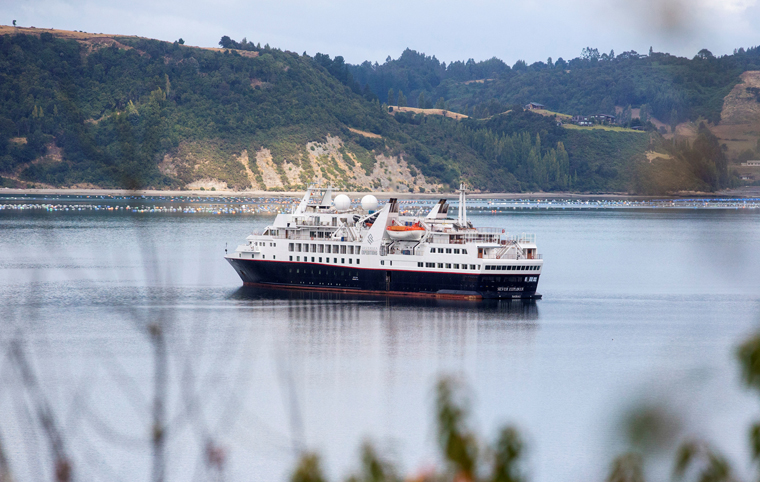 WASHINGTON (CNS) — If the coronoavirus wasn’t enough to give cruise line operators deep cause for concern, the world’s two largest cruise operators are facing questions from shareholders about parts of their operation.

St. Louis-based Mercy Investment Services is among investors seeking to ensure that cruise operators adhere to strong human rights policies throughout their operations and to say exactly how they are doing so.

“We wanted to take a broader look at human rights risks: global supply chains, where they source foods, uniforms for employees, materials that go into building ships. Some of those chains are at risk for human rights abuses,” Boden told Catholic News Service.

The shareholders have engaged officials from both cruise companies in recent years, but they have had limited success in convincing executives to be more transparent about sourcing goods through supply chains, Boden said. This year, in time for the corporate annual meetings, Mercy and its partners, who are members of the Interfaith Center on Corporate Responsibility, filed resolutions with the cruise lines seeking a report on actions to adhere to human rights guidelines for businesses.

The filings led to more meetings between shareholders and corporate executives for the cruise lines and resulted in the withdrawal of the resolutions after both companies agreed to a higher level of disclosure on their actions, Boden said.

Under securities law, shareholders can file resolutions with corporations to address a concern or an activity a company undertakes. The resolutions are voted on by those who own stock during a firm’s annual general meeting.

It’s rare that a resolution addressing corporate responsibility gains enough support on the first, second or even third try. Still, the filings can lead to discussions that result in changes in corporate practices that concerned shareholders seek. Fruitful discussion before an annual meeting, like those with Carnival and Royal Caribbean, can lead to the withdrawal of a resolution.

Both companies have outlined their intentions to protect human rights and to observe international codes of conduct in statements on their respective websites. Despite the notices, the filers want to know “how they’re engaging in those commitments,” Boden said.

“We want to see that the companies do that due diligence, digging into their supply chain and determining if those risks (to human rights) are happening,” she explained.

The model that the shareholders want the cruise lines to follow are contained in the U.N. Guiding Principles on Business and Human Rights, which were disseminated in 2011. The document outlines the obligations of nations to “respect, protect and fulfill human rights and fundamental freedoms,” the role of businesses in complying with laws and respecting human rights, and the need for remedies when rights are violated.

The resolutions at Carnival and Royal Caribbean are among 254 such investor filings as companies prepare for their annual meetings. Catholic religious congregations, faith-based organizations, labor unions, and investment coalitions, all members of the ICCR, joined in the effort as they have for nearly 50 years.

ICCR members met in New York City the week of March 2 to discuss strategies and to plan for the corporate meetings. Since the filings, ICCR reported that nearly 40 resolutions had been withdrawn, largely because progress was made in meetings among shareholder representatives and individual companies.

Resolutions related to human rights and worker rights topped the list for the first time with 52 filings. Other chief concerns include resolutions addressing climate change (45), lobbying and political contributions (43) and inclusiveness (42).

Human rights across the supply chain also was the subject of a resolution filed with Kohl’s, the department store, by the School Sisters of Notre Dame, Central Pacific Province, which has its headquarters in St. Louis.

The congregation submitted the resolution because the sisters believe Kohl’s can better assure human rights among its suppliers, explained Tim Dewane, director of Shalom, the province’s office of justice, peace and integrity of creation.

“Our concern is not that they haven’t done well, but they can do better. So we wanted to challenge them on that,” he told CNS. “It’s not about the negative. It’s about the possibility of promise. Given where they are in the industry, they have the opportunity to impact and better support vulnerable workers.”

However, the company filed for relief in order to not have the resolution considered with the Securities and Exchange Commission. The filing cited the retailer’s already substantial compliance with what the School Sisters of Notre Dame were seeking. The SEC agreed with the company before the religious congregation could respond.

While the congregation is disappointed, it will continue to seek opportunities to meet with Kohl’s executives on the issue, as it has for 20 years, Dewane said.

On the environmental front, the Daughters of Charity, Province of St. Louise, also in St. Louis, worked with Mercy on a filing with North Carolina-based Duke Energy, a generator of electricity. The congregation has long been concerned about the company’s use of coal and its impact on public health.

Since 2014, Duke Energy has seen three major ruptures “of coal ash retention ponds in North Carolina. The Daughters of Charity’s shareholder resolution seeks a report from the energy company on how it will mitigate public health risks associated with its coal operations.

“The Daughters have real concerns about making sure companies in their (investment) portfolio are doing the right things by way of environmental protection, human rights and other things,” explained Mary Minette, Mercy’s director of shareholder advocacy.

“This really is the nexus of a lot of things because it’s not just a water issue,” she told CNS. “It’s also an issue of who’s suffering the most and that’s low-income communities, communities of color and rural communities dependent on well water. It’s all environmental justice issues.”

Sister Teresa George, treasurer of the Daughter of Charity province, wrote in an email to CNS that Duke Energy officials have listened to the concerns of the sisters, local communities and environmental advocates. She said the company has agreed to close its coal ash retention ponds and move the waste to lined landfills that offer more protection to water supplies.

Even so, the resolution remains on Duke Energy’s annual meeting agenda.

“We’ll continue to work with the local communities to monitor Duke’s coal ash management plans,” Sister George said. “We hope this is the first of many actions by Duke to respond to community concerns over water quality.”