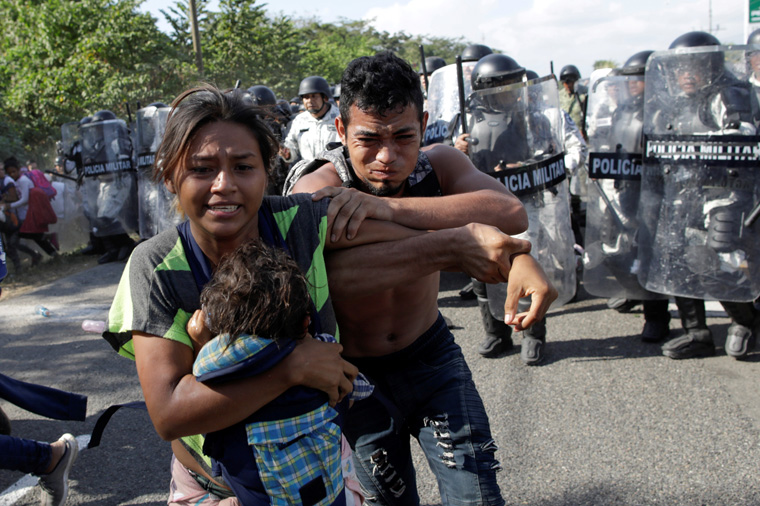 MORELIA, Mexico (CNS) — At least 138 Salvadorans have been murdered after being sent back to their violent Central American country from the United States, according to a report from Human Rights Watch.

The report, released Feb. 5, also documented “more than 70 others, who were beaten, sexually assaulted, extorted or assaulted” by perpetrators ranging from gangsters to intimate partners to police and security personnel.

None of the findings surprised Catholic officials in the country, long a source of migrants because of civil war and later gang-driven violence and poverty. Church workers say deportees return to the same dangerous situations that forced them to flee in the first place.

“We know this is very real, and I knew of cases,” said Rick Jones, adviser on migration for Catholic Relief Services in El Salvador.

“It is sending a lot of people back into harm’s way,” he said of deportations to El Salvador. “We still have a homicide rate of 32 for every 100,000. … So people are still at risk.”

The report comes as migration to the United States via Mexico becomes more difficult and the Trump administration applies pressure on countries to keep migrants from reaching the U.S. border.

U.S. officials are forcing asylum-seekers to await the outcomes of their claims in dangerous Mexican border cities. Some Hondurans and Salvadorans are now being returned to Guatemala, a country Catholic officials say cannot protect or provide for its own citizens and has little infrastructure for processing asylum claims.

Between 2014 and 2018, just 18.2 percent of asylum claims by Salvadorans were recognized by U.S. courts, according to Human Rights Watch. An estimated 1.2 million Salvadorans — of a population of 6.45 million — live in the United States.
Gangs originally founded in the United States made their way to El Salvador with deportees and grew powerful to the point they now control neighborhoods and run extortion rackets.

Jones says the gangs have nationwide networks able to track down people not paying, making it almost impossible to relocate internally and forcing some to instead flee the country.