In the bishop’s own words 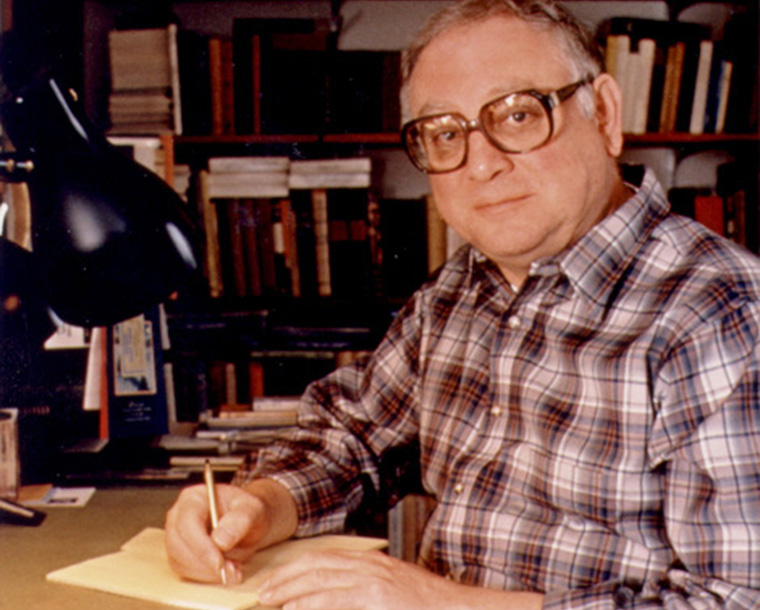 “There’s no question about the church’s mission – it’s to save souls, as it always has been. But what we need to decide is how best to do this in today’s circumstances.”

— March 8, 1978, the week before his installation as auxiliary bishop, discussing a study designed to set priorities for the diocese. (The Catholic Sun)

— March 1978, describing how his role as auxiliary bishop parallels the philosophy of Bishop Frank Harrison (1912-2004) and the needs of the local and universal Church. (The Catholic Sun)

“It’s risky, but my God, it’s risky if we don’t. The margin for human error is incredible.”

— Jan. 26, 1983, during a discussion on the peace pastoral, supporting a U.S. initiative for a multilateral, verifiable disarmament. (The Catholic Sun)

“It is not enough to be a believer. One must be a witness.”

— March 13, 1985, explaining the importance of the bishops’ pastoral letter, “Economic Justice for All: Pastoral Letter on Catholic Social Teaching and the U.S. Economy.” (The Catholic Sun)

“I’m not being critical; I’m being factual.”

— Sept. 25, 1985, defending his assertion that the Church has been “strangely silent” on social issues throughout history. (The Catholic Sun)

“Every answer isn’t hard and fast. Sometimes we have to be daring and innovative.”

— Nov. 6, 1985, from a discussion on medical ethics and the rights of dying patients. (The Catholic Sun)

“Bishops are not experts. I think bishops are pastors. It is not ours to offer specific remedies, but, rather, to point out the options and their moral implications.”

— Dec. 11, 1985, on the responsibility outlined in the bishops’ pastoral letters on peace and the economy. (The Catholic Sun)

“To say I’m not disappointed would not be the truth.”

— Nov. 2, 1988, comment at a workshop titled “Acknowledging Women’s Role in the Church.” (The Catholic Sun)

— July 1989, acknowledging that the Syracuse Diocese must improve outreach and inclusion of African-American Catholics. (The Post-Standard)

“Whatever dedication to social justice I can claim was caught from Monsignor (Charles) Brady (1901-1978), with whom I was privileged to live and suffer, to celebrate and to share.”

— From the introduction to “God Love Ya: A Biography of Father Charles J. Brady,” by Althea Connolly (1989)

“Clergy people used to enjoy a status. I think there was a presumption in their favor that they were always right. That’s different today.”

— March 1993, describing changes to the priesthood. (The Post-Standard)

“I think we have to be advocates for the poor, the oppressed and needy. But we should be able to do that without making people angry.”

— March 1993, acknowledging that his comments on Catholic social teaching have drawn both cheers and jeers. (The Post-Standard)

“Whether behind the camera, in front of the camera or viewing the screen, each of us can support media that foster our own values and can oppose media messages that do not uphold the beliefs we hold dear.”

“I have screwed up more than you have. I am aiming for purgatory.”

— March 1995 talk to Confirmation candidates, explaining that his status as a bishop does not guarantee him a spot in Heaven. (The Post-Standard)

“It is morally repugnant for a society to abandon any of its people to poverty and helplessness. At the very heart of all of our religious traditions is the belief that God hears the cries of the needy and urges us to listen.”

— January 15, 2001, letter to the editor, Post-Standard, also signed by several other local faith leaders, on the need for a living wage ordinance in Syracuse

“I learned quickly that the Church is the people. It’s not a building. It’s not a physical plant. It’s people.”

“I think priesthood is in the service of the people. I continue to find it very satisfying and I expect to continue finding it satisfying.”

— March 2004, comment upon announcing his retirement as auxiliary bishop. (The Post-Standard)

“Most — her message: God so loved the world that God gave the son so loved us that He gave His life for our salvation. Least — the ideological differences which pit us against one another at the expense of unity.”

— May 2004, responding to question “What do you love most and least about the Catholic Church?” at 50 years as a priest. (The Catholic Sun)

— June 2004, Speaking about revelations of  clergy sex abuse, at the 2004 Mass celebrating his 50th Jubilee. (The Post-Standard)

“I’ll still see you around the diocese.”

— Comment during 2004 video marking his 50th year as a priest and his retirement as a bishop.

“I wish I had had the courage to put myself on the line. It had been easy in Montgomery among strangers; it is more difficult to be a prophet in your home town.”

— May 2004, expressing regret that he had not joined the 1965 protest criticizing Niagara Mohawk for discriminating against blacks in its hiring practices. (The Catholic Sun)

“The immigrant population is here to stay. It can be cursed, it can be insulated, it can be penalized, but it can’t be bidden ‘good riddance.’”

— April 2006, homily at Mass following a vigil calling for justice for immigrants. The events came six months after an explosion at an Oswego County migrant farm killed one man and injured eight. (The Post-Standard)

“The beat does go on. Other ways of doing church are emerging.”

— November 2006, explaining diocesan restructuring that would close or merge dozens of parishes. (The Post-Standard)

“That it would be a beacon to all people, showing them the love of Jesus Christ.”

— November 2011, describing his hope for the future of the Syracuse Diocese. (The Catholic Sun)