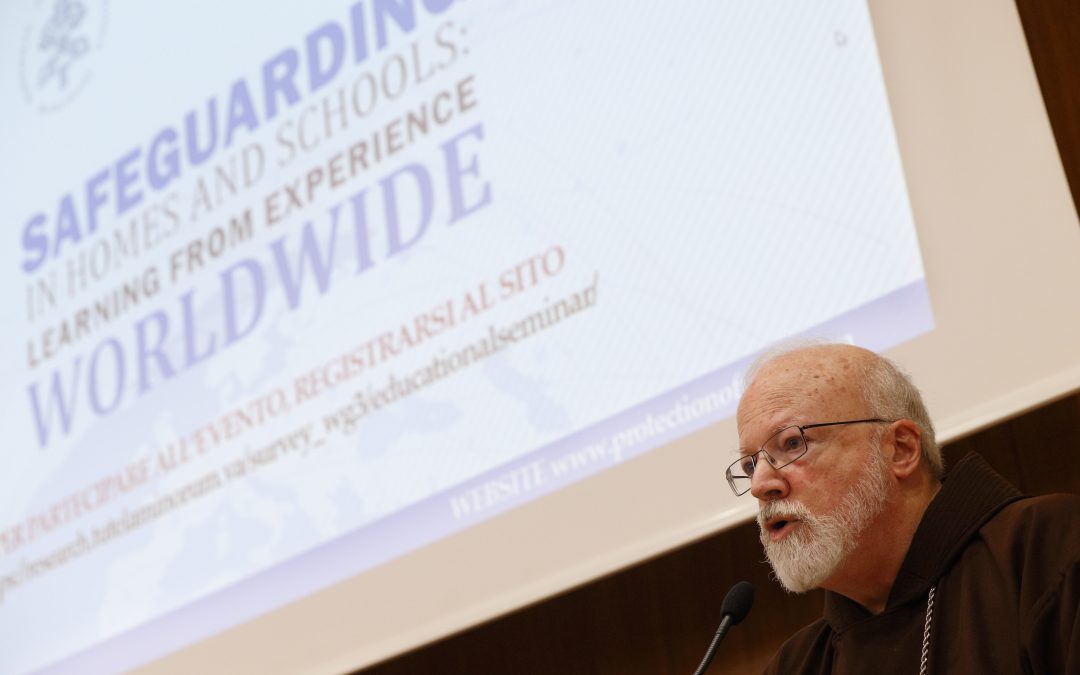 ROME (CNS) — With the enormous scale and devastating effects of child exploitation and abuse online, including exposure to pornography, the world must act to protect children at all costs, speakers at a world congress said.

The world never said, “mission impossible” to any other public health problem, including cancer, so no one should give up without a fight against the ills online, said Mary Anne Layden, a psychotherapist and professor at the Perelman School of Medicine at the University of Pennsylvania.

Layden and some 140 experts and leaders attended the Oct. 3-6 congress on protecting children in a digital world. Hosted by the Pontifical Gregorian University’s Center for Child Protection in partnership with WePROTECT Global Alliance, the aim was to get faith communities, police, software and social media industries, mass media, nonprofits and governments working together to better protect minors from online abuse, violence and exploitation.

Everything children see, Layden said, teaches them to think that “this is how we do it, these are facts, this is how it’s done.”

But the problem with the sexual images and violent activity children see online is “it’s all a lie” and it is not how human sexuality and relationships should work, she told journalists Oct. 4.

Children exposed to such images grow up thinking they are “broken” or not normal because what happens online becomes the standard, and they learn to not trust their own gut instincts and personal reaction to what happens to them in real relationships, she said.

Janis Wolak, a senior researcher at the Crimes Against Children Research Center at the University of New Hampshire, said the abuse and exploitation of children are not new, but the internet and digital tools have vastly expanded the reach and increased the scale of these crimes.

Just like with most offline offenses against children, most online offenders know their victims and already have a “face-to-face relationship” with them, according to research carried out in the United States, she said.

One benefit of digital platforms, she said, is the concrete “digital evidence” that may be left behind, which can bring these crimes to light and aid in prosecution.

In fact, law enforcement agencies like Interpol have been taking advantage of high-tech tools and capabilities, and are reaching out to those nations that are lagging behind, getting them to connect to the Interpol database for identifying victims and perpetrators, said Tim Morris, executive director of police services at Interpol.

However, Morris said, there will always be a “sheer multitude of children law enforcement cannot reach,” which is why they need support from every segment of society.

Not all efforts should focus just on blocking content and punishing perpetrators, because understanding what motivates sex offenders is critical to the prevention of future crimes, said Elizabeth Letourneau, a researcher and professor from Johns Hopkins University.

Michael Seto of the Royal Ottawa Health Care Group in Canada said convicted offenders of online child pornography and those convicted of physically assaulting a child (called “contact offenders”), both show similar kinds of emotional and social difficulties interacting with adults, and they share a mistaken belief that children can consent to and are not harmed by sexual contact.

Online offenders in the United States, Canada, the United Kingdom and Western Europe are predominantly Caucasian, overwhelmingly male and have a higher IQ and education than contact offenders, he said.

Online offenders are more likely to be clinical pedophiles because they are actively and purposely seeking child pornography, Seto said, while “contact offenders” are often “opportunistic,” taking advantage of a situation of being in contact with children, which is one reason why relatives victimize child family members.

Children’s developing brains are incredibly vulnerable to the effects of viewing pornography, said Dr. Donald Hilton, a neurosurgeon at the Texas Neurosciences Institute in San Antonio.

The brain “can be hijacked” from its true purpose of using reason, will and love to temper and balance natural pleasure-seeking desires, he said.

All addictions — like to pornography, food, drugs or other substances — structurally change the brain “in a very damaging way,” he said. This makes children, whose brains will not be fully developed until they are in their mid-20s, incredibly susceptible.

Attitudes and behaviors seen in pornography become “the new normal,” and boys and girls are exposed to “eroticized rage” and “toxic sexual scripts,” which can easily lead them to believe they must expect and imitate the same things in real life, he said.

One’s own personal feelings and instincts are shunted and the ability to feel emotion and empathy “are ground away,” Hilton said.

Layden told journalists that online safeguarding can benefit from the same snowball strategy that led to changes in attitudes and laws about smoking: parents and schools mobilize with early and consistent educational campaigns, and lawyers and researchers put pressure on governments to pass safety legislation.

“We cannot allow these pornographers to make money by hurting children,” Layden said. “Treat them as perpetrators, put them in jail,” and enforce obscenity laws because enforcing the law sends a clear message that “it’s not OK” and counters beliefs that “everyone is doing it.”