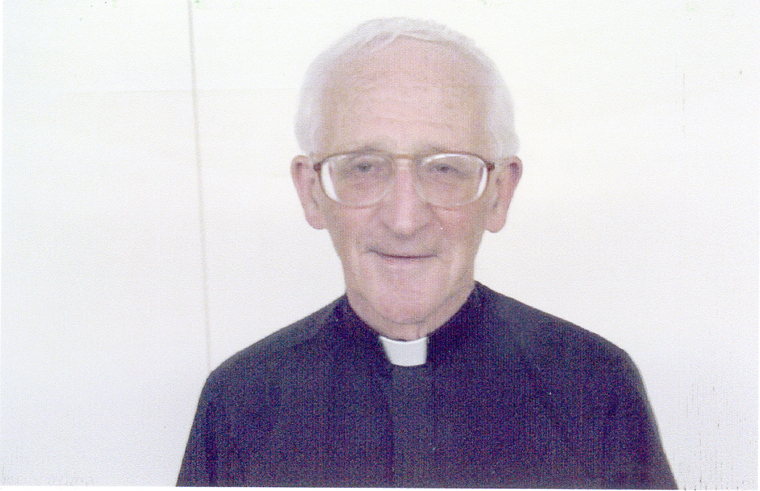 Our Lady of Lourdes Church in Utica was “the center of the Dwyer family’s life,” so it was movingly fitting that Father Robert Dwyer’s life and ministry be celebrated there.

“The doors of Mike and Mary Dwyer’s home opened up to the parish complex,” Father Michael Carmola said in his homily for his friend. “It was as important as their home life. They were involved, and there they were nourished. And there Bob got his faith.”

“One wonders, when [Father Dwyer] received the Sacrament of Baptism here at Lourdes, that within his heart Christ quoted the Benedictus that Bob would say every morning all through his priesthood…. ‘You, my child, shall be called the prophet of the Most High; for you will go before the Lord to prepare his way, to give his people knowledge of salvation by the forgiveness of their sins,’” Father Carmola said. “How that sums up the path, the road that Father Bob Dwyer followed.”

Father Dwyer attended Our Lady of Lourdes Elementary School and St. Francis de Sales High School. He completed his seminary studies at St. Andrew and St. Bernard seminaries in Rochester and later earned a master’s degree in guidance and counseling from Syracuse University.

Father Carmola recalled his friend’s many gifts: “Certainly he was known for his kindness, sensitivity, his caring, his dedication, his love — love for nature especially; he had a contemplative spirit, he was prayerful…. sensitive, energetic, thoughtful, and understanding. Those were the pieces that made up the life of this minister of God who through these virtues [was] able to touch hundreds and hundreds of people.”

The last 10 years were the “golden years” of Father Dwyer’s life, Father Carmola said. Living at Transfiguration Monastery in Windsor, Broome County, with the Benedictine sisters, Father Dwyer’s contemplative spirit “was able to find fulfillment, the joy of being with the sisters,” peace, solitude, and love.

Father Carmola closed by offering words of gratitude to Father Dwyer for all he did “when you thought we weren’t looking,” from serving the people of his parishes with all his heart and soul to learning American Sign Language to teaching at Rome Catholic to showing “kindnesses to the sinner, care for the sick, love for the people, and love for your God.”

Bishop Douglas J. Lucia, the principal celebrant of the liturgy, recalled Father Dwyer’s calm demeanor and his dedicated pastoral care. “I think of Pope Francis and his invitation to priests to meet people where they’re at and to accompany them in the ways of the Lord,” he said. “And that’s what Father Bob did all his life.”