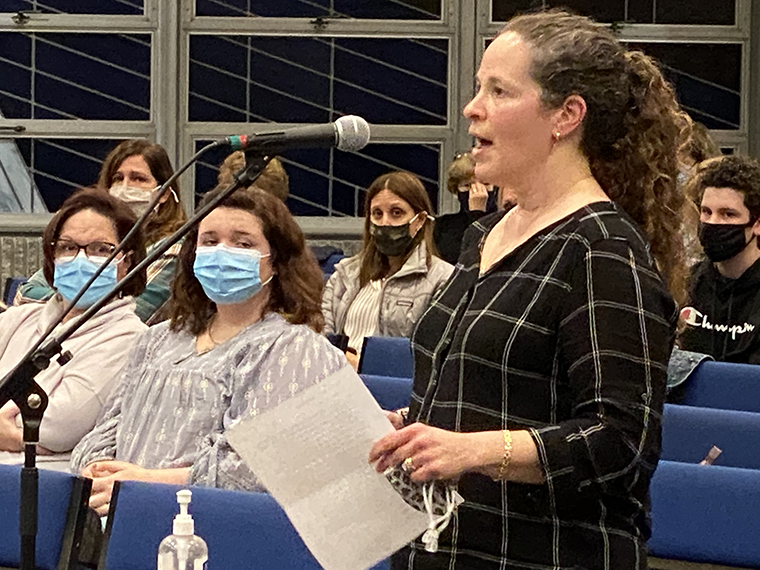 Forty-two listening sessions. Over 2,700 miles driven. 2,644 attendees, of which 745 people shared their thoughts and wishes. An additional 152 written contributions were also received.

These are some of the accumulated facts surrounding the listening sessions held throughout the Diocese of Syracuse over the past several months in preparation for the World Synod of Bishops to be held in 2023 in Rome. Bishop Douglas J. Lucia attended each of the local sessions, “listening with an open mind” as attendees were “speaking out with courage,” two of the 10 stated themes of the synodal process of accompaniment.

Sister Katie Eiffe, the Diocesan Vicar for Religious and Director of Synodal Planning, is also part of a regional team that will assemble a report based on submissions from the eight dioceses in New York State. “There is so much similarity in the reports,” Sister tells us. “I think it’s a sign of the Spirit!”

Sister believes “the process itself was a moment of grace. People were so happy to be invited to share their hopes and dreams and concerns.” She adds that no subject was left untouched in that “we heard from every spot on the theological scale. There was so much diversity in what was brought up.”    She points out, with an understanding laugh, that “what was hope for some people was a concern for others.”    Expressing that diversity, “polarities” as described by Sister, is the task of those who will assemble the reports, leading up to what will be submitted to the bishops who will gather next year at the Vatican. “How do we come together, then,” she adds, “the sense of communion with each other when our hopes and dreams are so different?”

The answer to that question may be found in this quote Sister shared from Pope John XXIII at the opening of the Second Vatican Council: “In essentials, unity; in non-essentials, liberty; in all things, charity.”

To view the report, visit: