(Editor’s note: The following men will be ordained permanent deacons for the Diocese of Syracuse on May 15, 2010 by Bishop Robert J. Cunningham. They provided The Sun their biogprahical information.) 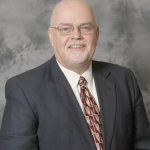 Tom Cuskey was born in Auburn and attended Catholic elementary and high schools there. He and wife Angela were married in 1975 and moved to the Syracuse area a few years later.
Tom is a 1983 graduate of Syracuse University’s Newhouse School and is a vice-president and associate publisher of the Scotsman Press where he’s been employed since 1990.
Tom and Angela have been very active through the years at Christ the King Parish in Liverpool. Tom is currently a trustee and chair of the pastoral council. He is also active in music ministry, administration, liturgy planning and as a lector. Tom and Angela are both Eucharistic ministers and have been active in the parish religious education program. They have four children: Sarah, married to Nathaniel Bentley, Sean, Michael and Hannah, and two grandchildren, Anthony and Dominick Bentley. 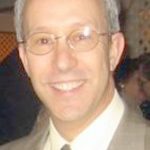 Bill Ferguson has been a member of St. John the Baptist Church for approximately 16 years. He has been a substitute organist for St. John’s as well as substituting for organists at other area churches. He is a member of the St. John’s Parish Council, choir, a lector and coordinator and trainer of the lectors and altar servers.
In 2003, Bill began the Diocesan Formation for Ministry Program. In 2005, he was commissioned as a lay ecclesial minister in liturgy. After the commissioning Bill felt a spiritual calling to be more active in his faith and the church, so  he explored becoming a permanent deacon.
In late 2005, after much prayerful contemplation, Bill decided to apply for acceptance into the diocesan training program for the permanent diaconate. In 2006 Bill was accepted into the program and received the Rite of Reader and Acolyte. In December of 2009 Bill received the Rite of Candidacy for Holy Orders. 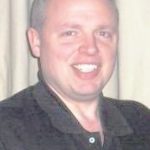 Bill Fitzpatrick grew up in New Jersey, where he attended Catholic elementary school. He obtained two college degrees, one in nursing and another in emergency medical technology. Before his current profession as a register nurse, Bill was an officer with the Pennsylvania State Police and a Federal Air Marshal. Bill and his wife Debbie, who is also a nurse, have three children: Christopher, Kathleen and Anthony. Bill and his family are very active in numerous ministries at St. James in Johnson City. He is also the director of youth ministry for the parish.
Bill entered into Formation for Ministry in 2000 and looks forward to completing his decade-long journey toward ordination. He hopes to continue to minister to youth in the Southern Tier after ordination. 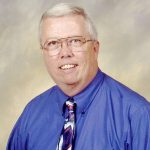 Richard Galloway was catechized by Msgr. Adolf Kantor and the late Father Francis Case and became a member of the Parish of Sacred Heart in Syracuse, where Richard’s wife Karen is a fifth-generation parishioner. Richard’s family is very involved in the parish ministry, including serving as lectors, Eucharistic ministers, religious education instructors, members of the pastoral council and committee chairpersons for a wide range of parish activities.
Richard graduated from SUNY Oswego in 1997 with a degree in human resources management and attended Le Moyne College, receiving a certificate in management in 1995. With guidance from Msgr. Peter Gleba, Richard completed the diocesan Formation for Ministry in Parish Outreach in 2005. He is a 25-year member of the Knights of Columbus Council #6282 and Fourth Degree Assembly #1725. Richard and Karen have two daughters, Tracy and Deborah. Tracy and her husband Christopher have two children, Gracie and Hayden. 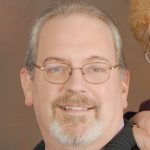 Tom Kane is a lifetime Syracuse resident. He attended St. John the Baptist Elementary School and Bishop Grimes High School. He and his wife Sandy have been married for 34 years and have raised two children, Sean and Lauren.
Tom is a 1974 graduate of Le Moyne College and earned a master’s degree in 1985 through Chapman College. After spending over 25 years in construction-related sales, Tom no works in the management services department at Onondaga Community College. He has been involved with the Boy Scouts for 25 years and has worked with Lincoln-Salem Little League as T-ball coordinator, coach and treasurer. Tom is a fourth-degreemember of the Knights of Columbus St. Joseph Council #5398.
At St. Daniel, Tom is a confirmation facilitator, Eucharistic minister and lector. He is currently the trainer for altar servers as well as the youth minister for the Young Apostles. After completing the diocese’s Formation for Ministry program in 2006, Tom was accepted into the Permanent Diaconate Formation program in 2006. 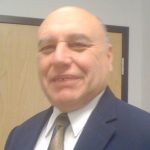 Michael Letizia was born in Syracuse and has been married to his wife Patricia for 43 years. He has been a parishioner of St. Joseph’s Church in Camillus for 33 years.
Michael attended SUNY Cortland, the Albany Medical Center School of Radiologic Technology and Northeastern University. He worked in medical imaging and has worked at Magnetic Diagnostic Resources, where he is currently CEO, for 25 years. Michael has served as the president and chairman of the board of the New York State Society of Radiologic Technologists. At St. Joseph’s, he is chairman of the liturgy committee, a member of the parish council, a member of the finance committee and has served as lector and Eucharistic minister.
Michael and Patricia have three children, Lisa, Michael Jr. and Mark, and five grandchildren. 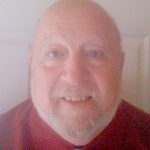 Donald Mula was born in Syracuse and is a parishioner of St. Agnes Church in Brewerton. He and his wife Donna have been married for 22 years. He attended Auburn Community College. He worked for the New York Air National Guard, and in 1990 was sent to Iraq to serve during Desert Shield/Desert Storm. In 2001 he retired after 36 years in the military. For 10 years, Donald has been a member of the North Syracuse Volunteer Fire Department. He and Donna are both currently volunteering for the department, and Donald also serves as chaplain.
In 2001, Donald began teaching religious instruction classes at St. Agnes and he and his wife attended catechetical t
raining. In 2004, they were commissioned as ministers, and both taught seventh and eighth grade confirmation classes. Donald is a Eucharistic minister and a lector at St. Agnes Church. Donna is a youth minister and instructs altar servers. 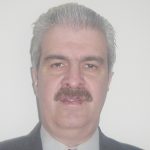 John Pedrotti was born in Solvay and grew up attending St. Cecilia’s Church with his siblings and parents, who had emigrated from Italy in 1950. In 1984, John married his wife Barbara in St. Augustine’s Church in Baldwinsville, which is now his home parish. In 1980, John began his career at Pirro Brothers Ford, now the Summit Automotive Group. In addition, in 1989 John and his brother Dennis opened a pizza shop called Pedrotti’s Pizza and Wings in Solvay.
John and Barbara have three daughters, Susan, Cassandra and Clarissa. John is currently involved in a number of parish ministries at St. Augustine’s Church.