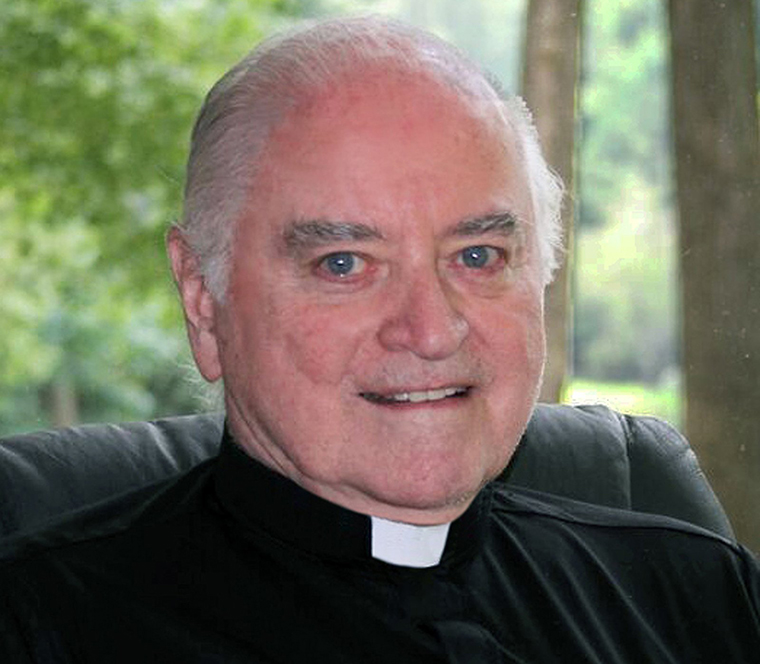 CARY, N.C. (CNS) — Father John Catoir, president and founder of St. Jude Media Ministry and a former director of The Christophers, died April 7 in Cary. He was 90.

A retired priest of the Diocese of Paterson, New Jersey, he had resided in North Carolina for the last several years. No cause of death was given but since March 22 he had been in hospice care, according to Patricia Martin, executive director of St. Jude Media Ministry.

“He spent his entire life in service to God and others, but his greatest legacy is being a ‘messenger of joy’ to a world so in need,” Martin told Catholic News Service April 8. “He would invite us all to now carry that light forward—to be joyful in the knowledge of God’s love.”

The priest would often recall a 1980 meeting with St. John Paul II, who he said asked him to become “a messenger of joy.” He worked for several years to fulfill that mission.

Born and raised in New York City, Father Catoir studied at The Catholic University of America in Washington, where he received his doctorate in canon law in 1964. He held honorary doctorates from four universities.

“We are living in difficult times. Mental health, positive thinking and faith are more critical than ever,” he said in an interview in 2020, the year he celebrated 60 years as a priest. “To seek quiet time with joy-centered content is one way of overcoming our daily stresses. I would invite everyone to become messengers of joy!”

In 1995, Father Catoir founded St. Jude Media Ministry to provide “uplifting messages of joy to those most in need through all forms of media.”

The ministry began with national radio “spots” produced and distributed throughout the country and today has expanded to a worldwide outreach via video and social media. His online Christmas and Easter prayer marathons have reached more than 4 million viewers across the globe, according to his website.

Father Catoir began the ministry after his tenure as director of The Christophers, a New York-based organization that uses print and broadcast media to further the Judeo-Christian concept of service to God and humanity.

He wrote more than a dozen books including the bestsellers “Joy,” “A Simple Guide to Happiness.” “Enjoy The Lord,” “Enjoy Your Precious Life,” “World Religions: Beliefs Behind Today’s Headlines” and “God Delights in You: An Introduction to Gospel Spirituality.” For many years he wrote a regular column for Catholic News Service.