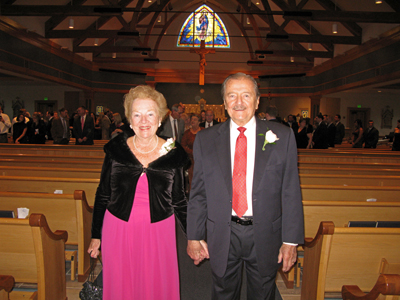 Mr. & Mrs. Karl M. Koch of Endwell are celebrating their 60th wedding anniversary on June 14, 2010. They were married in Butler, Pa. at St. Paul’s Catholic Church. The former Carol Ann Watts is from Baltimore, Md. They raised nine children — five daughters and four sons, all now married. They are blessed with 25 grandchildren and six great-grandchildren, with another on the way. They took a week’s cruise to Bermuda to celebrate their anniversary. The family is having a celebration brunch at Traditions at the Glen, with extended family members coming from several states. They are members of St. Ambrose Catholic Church in Endicott.