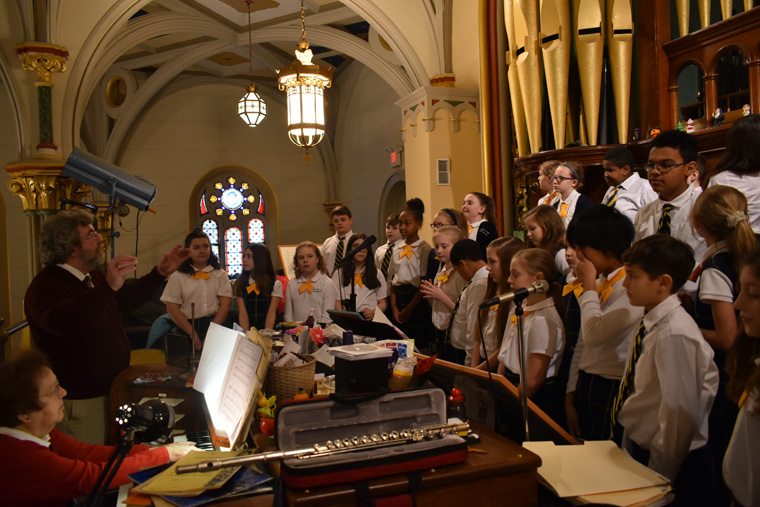 The pupils from Notre Dame Elementary School in Utica took a pilgrimage to Historic Old St. John’s Church on Jan. 25 to celebrate its 200th anniversary. The children led the congregation in song and prayer. After Mass they said a decade of the rosary in honor of the people of St. John’s. The choir had surprised Father John A. Buehler with his  favorite hymn, “Holy God We Praise Thy Name.” One of the children said that “this was the biggest castle” they have ever been in. It was a very joy-filled Mass and a great way to begin Catholic Schools Week. St. John’s is the oldest church in the diocese and the fourth oldest Catholic church in the state. And it was the site of the first Catholic school in Utica (the school was torn down in the early 1960s). (Photos courtesy Sondra Nassar)