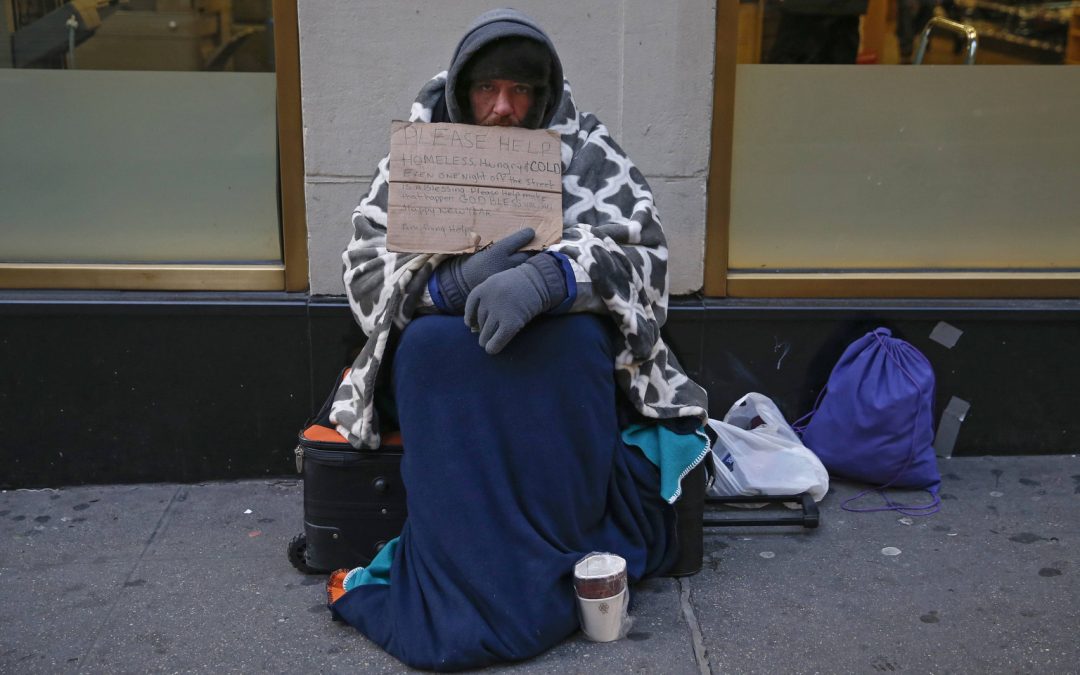 OMAHA, Neb. (CNS) — Seeking to create awareness about poverty in the United States and to stand in solidarity with Pope Francis’ commitment to the poor, Catholic Charities USA has launched a new national campaign.

Dominican Sister Donna Markham discussed the effort Sept. 10 in her first address as president and CEO of the organization during its national convention in Omaha.

Dubbed “#End45 —- Raise a Hand to End Poverty in America,” the name reflects the 45 million people in the U.S. who live in poverty.

The campaign is appearing online nationwide on member websites, Facebook, Twitter and other social media accounts, with videos of people who have been helped by Catholic Charities. In addition, people are encouraged to show support by taking a picture of their hand with “End45” written on their palm and post it to their social media channels using the hashtag “End45.”

“We are asking our country to work with us to end 45,” Sister Donna.

John Griffith, executive director of Catholic Charities of Omaha, said the local agency long has partnered with other organizations locally and nationally. The new campaign can help increase awareness about their efforts and allow them to help more people, he said.

“It is very exciting,” Griffith said.

In addition to the national public-outreach campaign, a network-wide strategic vision and planning process will be launched to harness the talent, energy and vision among members and build solidarity among members as they minister, Sister Donna said.

The Dominican sister also expressed gratitude for members’ compassionate and respectful service to those in need, including about 9 million people this year.

Looking ahead to Pope Francis’ Year of Mercy that begins in December, “we’re ready to stand with him [Pope Francis] as missionaries of mercy across this country and beyond,” she said.

Also announced during this year’s convention was the site for next year’s event. Set for Oct. 10-12 in Boston, the gathering’s theme will be “Beacon of Mercy,” to honor the jubilee year.

About 500 people from member agencies nationwide were in Omaha Sept. 10-12 for the organization’s annual gathering, held locally for the first time since 1932.

With the theme “Harvesting Hope in the Heartland,” the event for professionals, volunteers and partners of Catholic Charities included speakers and workshops on topics such as improving access to food and reducing poverty, daily opportunities for Mass and prayer, and visits to Catholic Charities social service sites and Boys Town.

In preparation for Pope Francis’ visit to the United States, a session also was held emphasizing the importance of strong families and healthy marriages in ending poverty. Addressing many of the same topics as the upcoming World Meeting of Families in Philadelphia, the session included Bishop Joseph J. Tyson of Yakima, Washington, as one of the panelists.

Attendees enjoyed the conference, including visiting places in the Omaha Archdiocese and the city of Omaha, Griffith told the Catholic Voice, the archdiocesan newspaper.

Griffith said he was grateful for the efforts of staff and other volunteers who helped greet guests and answer questions, and for Catholic Charities board members who helped put the conference together.

“It was a very, very blessed and successful experience,” he said.

Gouger is senior writer at the Catholic Voice, newspaper of the Archdiocese of Omaha.