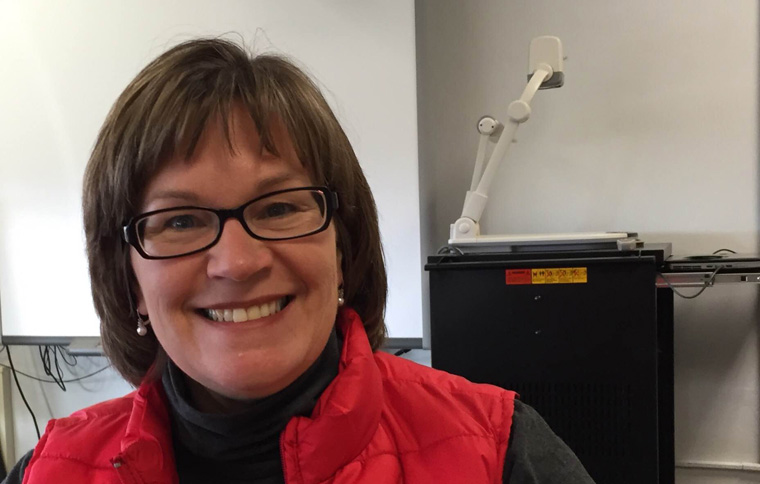 BINGHAMTON — Susan Kitchen, newly named principal of St. James Elementary School in Johnson City, said she is “delighted and overjoyed” to return to Catholic education, having begun her career as a teacher at Our Lady of Sorrows School in Vestal.

A graduate of Catholic elementary and high schools in the Rochester Diocese, Kitchen earned an AAS in Early Child Education at SUNY Broome, a BS in Elementary Education from SUNY Oneonta, and a MS Ed. in Curriculum and Instruction from SUNY Cortland.

Kitchen most recently served as the Challenge Enrichment Program Coordinator and teacher for the Binghamton City School District. In this dual role, Kitchen provided enrichment lessons to extend teachers’ curricula and worked with advanced learners in grades three through five, and also coordinated the district-wide program for kindergarten through grade eight.

“Susan brings a wealth of experience as an educator, program coordinator and facilitator of professional development. She will be a dynamic leader for the St. James School Community and an asset to the Catholic School system’s team of administrators,” said Richard Bucci, President of the Catholic Schools of Broome County, in a press release announcing Kitchen’s appointment. “She also has a deep appreciation for the traditions of Catholic education and its commitment to academic excellence in a Christ-centered environment.”

Kitchen said she has a mantra when it comes to her students: My job is to “keep them safe and always learning through Christ and in Christ.”

With those two pieces in mind, one of Kitchen’s biggest goals as principal is to “bring resources to my teachers that allow them to be successful, allow them to have successes with their students and allow them to achieve academically and emotionally and spiritually,” she said.