Obituary: Father Bebel was glad he ‘responded to God’s call’ 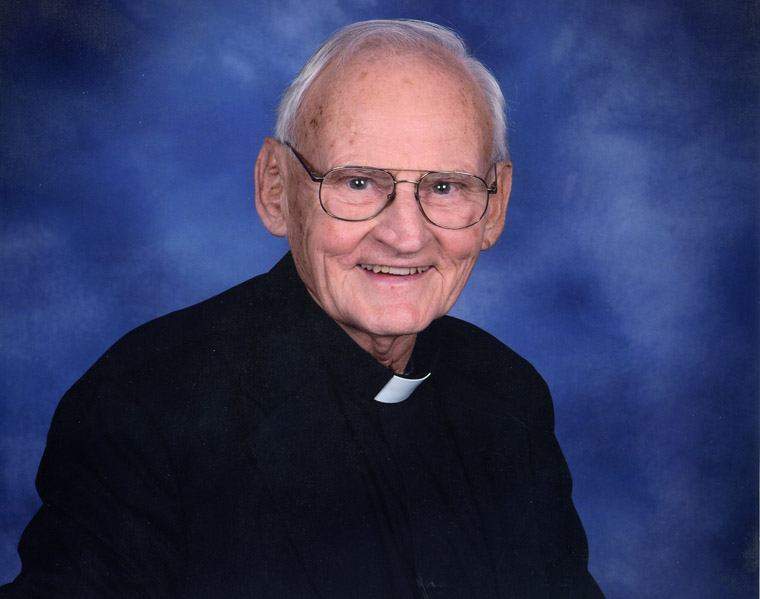 Father Bebel was born Jan. 9, 1933, in Owego, to Helen G. (Lipka) and William J. Bebel. Father Bebel graduated from Johnson City High School in 1950 and received his bachelor’s degree from Niagara University in 1954. He studied theology for four years at Our Lady of Angels Seminary, Niagara University.

He was ordained a priest on May 24, 1958, at the Cathedral of the Immaculate Conception in Syracuse.

Father Bebel continued to be available for Masses, baptisms, weddings, and funerals until the day of the fall that resulted in his death. He regularly said daily Mass and the monthly Polish Mass at the Church of the Holy Trinity in Binghamton.

He also volunteered for many health-related committees, Crisis Call of Broome County, the Cursillo Movement, and the Eastern Farmworker’s Association.

He corresponded regularly with relatives in Poland and he visited there as often as possible. He enjoyed traveling to visit family and friends in the United States and abroad.

On days off, Father Bebel loved to visit the farm where he was born in Owego and take long walks in the fields. He also grew vegetables in his little garden patch.

“Priesthood is a state of life that never ends, a gift of God that doesn’t run out. When I submitted my letter to Bishop [James M.] Moynihan in 2004, requesting to be allowed to retire and return to my home territory of Binghamton, I promised to be available wherever and whenever a priest was needed. And my hopes have been fulfilled!

“Thanking God for the health to be able to go on, I continue to see and experience the priesthood as a love affair — you might say ‘marriage’ — of a man and his people. …To me this union of priest and people will end with death, or when health becomes so bad that priestly functions are no longer possible. Until then, it’s a joy to answer the calls that come to help out [in] parishes, nursing homes, hospitals, or homes of shut-ins. …

“Prayer is a greater part of my life. I value my friends more and more, in particular the Sisters of various religious orders. I am convinced that it is better to serve than to be served. I am happy with my life as a priest. I never regretted that I chose this life, or rather, that I responded to God’s call.

“Sure, there were many ups and downs, successes and failures as there are in every life, but I would say to anyone experiencing a call, or even the smallest hint of a call, to join the priesthood or religious life: Go for it! You might even be accepted, and enter a life of dedication, Godliness, service. It’s well worth looking into. …
“I increasingly see the special role of the lay person in today’s world. … Recognizing that we work together in Christ’s vineyard, I close this essay with one of my favorite Bible passages [1 Peter 2:9-10]:

“But you are ‘a chosen race, a royal priesthood, a holy nation, a people of his own, so that you may announce the praises’ of him who called you out of darkness into his wonderful light. Once you were ‘no people’ but now you are God’s people; you ‘had not received mercy’ but now you have received mercy.”

Memorial donations may be made to the Church of the Holy Trinity, Binghamton; Catholic Relief Services; or the Eastern Farmworkers Association, 525 N. Salina St., Syracuse, N.Y.

The Sun will publish a report on Father Bebel’s funeral Mass in the March 28 issue.