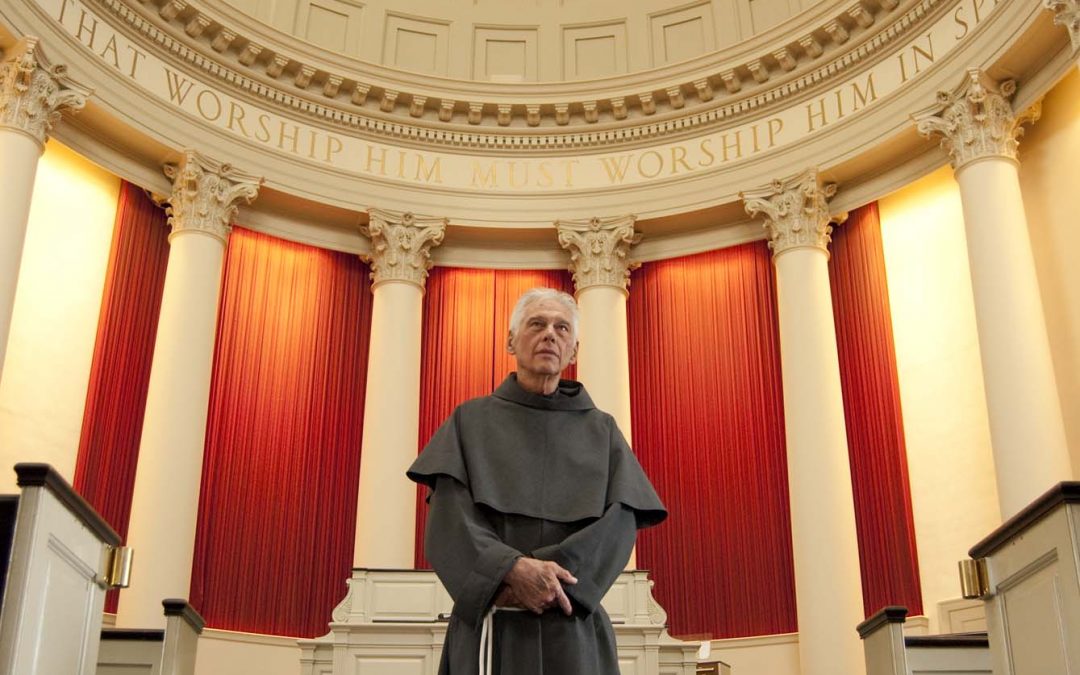 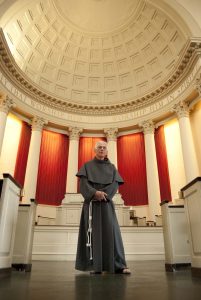 Father Linus (Bernard) DeSantis, OFM Conv., was born in Baltimore, Md., on September 7, 1943, and passed away after a severe heart attack on Dec. 1, 2015. He was the son of Louis and Alice (Stankowski) DeSantis. In addition to his Franciscan family, he is survived by his sister-in-law, Elaine DeSantis, and dear cousins Bob and Kathy Wajer.

After attending St. Francis High School, Athol Springs, N.Y., Friar Linus entered St. Joseph Cupertino Novitiate of the Franciscan Friars Conventual in Aug. 1961. He professed his vows on Aug. 15, 1962, and was ordained to the priesthood in Albany, N.Y. on May 22, 1971. He received a Master of Divinity degree from St. Anthony on Hudson, Rensselaer, N.Y. in 1971, and a Master of Arts in English from the University of Dayton in 1972.

Father Linus served five years as a teacher at St. Francis High School, Athol Springs, N.Y. In 1976 he was assigned to Archbishop Curley High School, Baltimore, Md., and served as Assistant Principal. In 1979 he was made the fifth Franciscan Principal of Archbishop Curley High School, where he lovingly served until 1982. From 1982 to 1988 he held the position of Registrar at St. Hyacinth College and Seminary, Granby, Mass. Father Linus was then assigned as campus minister at Western Connecticut State University in Danbury, Conn., for the next two years. From 1991 to 1994 he served as Guardian (Superior) of St. Joseph Cupertino Friary in Ellicott City, Md., and Registrar and Director of Admissions of The Washington Theological Union in Silver Spring, Md.

In 1994 Father Linus accepted his assignment to become the Parochial Vicar at St. John Vianney Church in Lithia Springs, Ga. While ministering at this parish he made a great impression on the young adult ministry within the parish as well as the Secular Franciscans of the southern region. He was really quite beloved to the Secular Franciscan community and contributed greatly in the area of ongoing spiritual formation. Father Linus accepted two more campus ministry assignments, one at Kennesaw State University, Kennesaw, Ga., from 1996-2006, and the other at the Alibrandi Catholic Center at Syracuse University, Syracuse, N.Y., from 2007 until the time of his death.

Memorial Donations may be made to the Franciscan Education Burse, 12300 Folly Quarter Rd., Ellicott City, MD 21042.