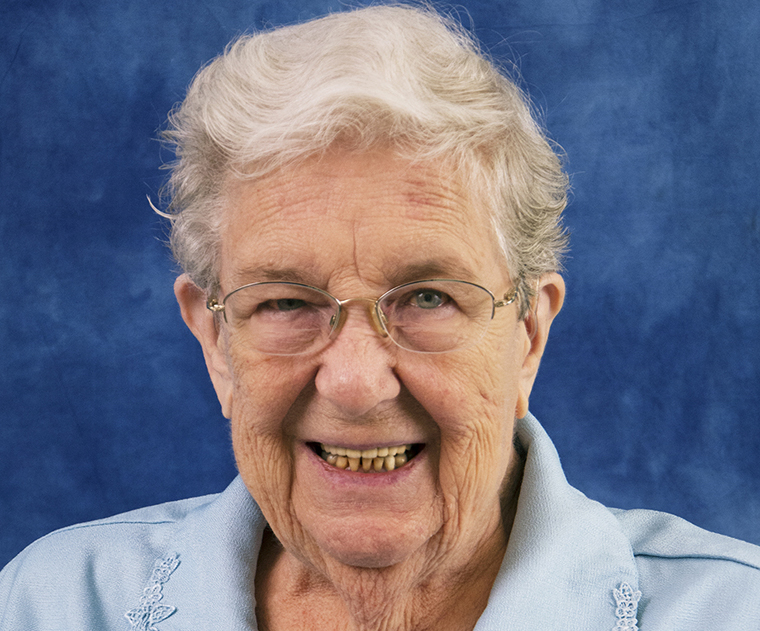 Born in Utica on Dec. 19, 1929, Sister Ann Charles was baptized Ann Margaret. She was one of four children born to Charles Francis and Agnes Veronica (Mulvihill) Martin. The family home when Sister was growing up was a backyard fence away from the Sisters’ home; she literally grew up with the Daughters of Charity.

She attended Lourdes School and Utica Catholic Academy, both staffed by the Daughters, and graduated from high school in 1948. In December of 1948, Sister Ann Charles entered the Daughters of Charity of St. Vincent de Paul in Emmitsburg, Md., from Our Lady of Lourdes Church in Utica.

Sister Ann Charles, an educator throughout her years of ministry, earned her bachelor of arts degree in elementary education in 1967 from St. Joseph College in Emmitsburg; in 1980, she earned her master’s degree in education reading from the College of St. Rose, Albany.

In 1987, Sister Ann Charles returned to Utica as a teacher with a focus on helping students who needed extra attention with reading. She taught at Notre Dame Junior High School, located at Our Lady of Lourdes Elementary School (there were only two seventh- and eighth-grade junior high schools in Utica at the time, Notre Dame South and Notre Dame North), where she taught reading, religion and English literature (1987 to 1995). In 1995, the two junior high schools merged with Notre Dame High School, taking the name Notre Dame Junior-Senior High School. Sister Ann Charles continued to serve as a reading specialist there for the next 11 years (1996 to 2007).

In 2007, after nearly 60 years of ministry as an educator, Sister entered the Ministry of Prayer at St. Louise House where she served until the time of her death.