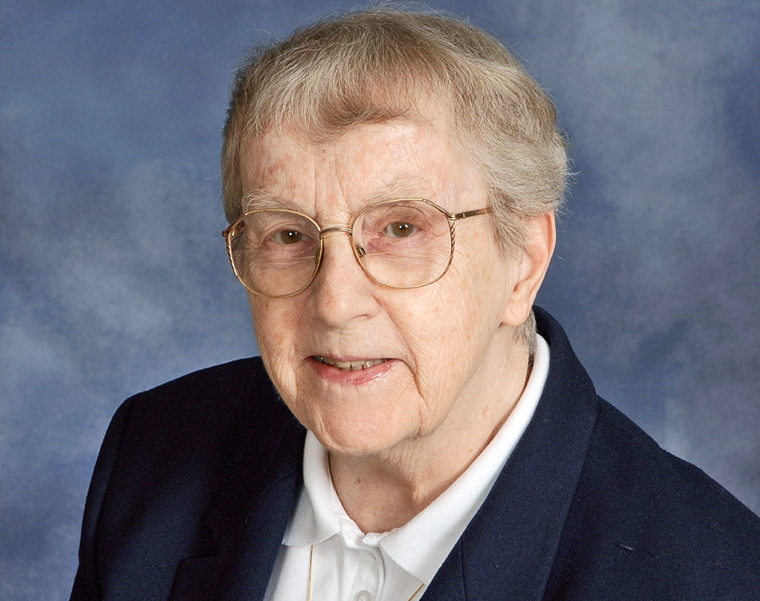 Sister Annette Maria Allard, CSJ, 87, died Tuesday, June 23, 2020, at St. Joseph’s Provincial House, Latham. She had been a Sister of St. Joseph of Carondelet for 67 years.

Sister Annette, baptized Winifred Anne Allard, was born on Oct. 22, 1932, in Syracuse, daughter of the late Charles and Winifred Wait Allard. After graduating from Cathedral Academy, she worked in the lithography department of Onondaga Pottery Co. (Syracuse China). On March 19, 1953, Sister Annette entered the novitiate of the Sisters of St. Joseph in Troy; she professed final vows on Aug. 15, 1960.

Sister Annette received a bachelor’s degree and a master’s degree, both in elementary education, from The College of Saint Rose, and NYS certification in educational administration from SUNY Oswego. For 45 years, she served as teacher, administrator, and principal in schools of the Albany and Syracuse dioceses.

Sister Annette Maria was a gentle woman whose life was focused on prayer and service. As a teacher, she was encouraging, patient, kind, and fair. As a principal, she was supportive, open, approachable, and accessible. In both roles, Sister Annette listened with her heart and was respected and respectful, compassionate, and consistent.

Her gifts for showing appreciation and empowering others led to a strong commitment to the collective mission. Sister Annette enjoyed working on crossword and jigsaw puzzles, and her favorite outing was a ride to Waterford for a picnic where the Mohawk and Hudson rivers meet. Her favorite treat was a pint of butter pecan ice cream. Sister Annette was earnest and welcoming, humble and grateful, and she will be dearly missed.

Sister Annette is survived by her brother, Michael Allard of Constantia; many nieces, nephews, cousins, and friends; and the Sisters of St. Joseph of Carondelet with special mention of Sister Mary Ellen Putnam, her beloved friend of over 50 years. In addition to her parents, Sister Annette was predeceased by her sister, Elizabeth (Betty) Allard; her brothers, Father Richard Allard, CSB, and Hugh Allard; and her aunts, Sister Dorothy Bernadette Allard, CSJ, and Sister Elizabeth Jean Allard, CSJ.

Due to the present health concerns and restrictions of the COVID-19 pandemic, there will be no public visitation or funeral services for Sister Annette. A Memorial Mass will be scheduled