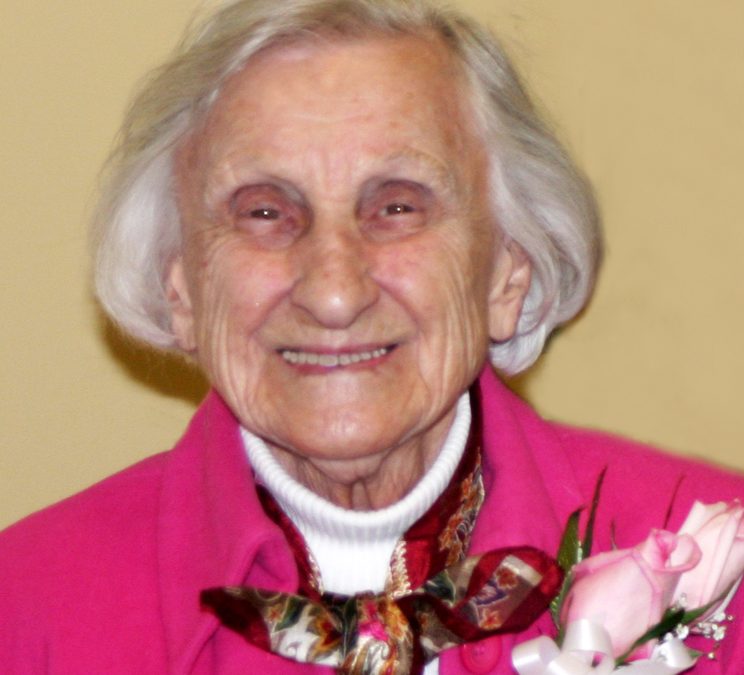 Sister Catherine was born in Hagaman, N.Y., daughter of the late John and Nelly Doherty Schuyler. After graduating from Schenectady High School, she attended The College of Saint Rose and received a bachelor’s degree in English in 1933. On March 19, 1934, Sister Catherine entered the novitiate of the Sisters of St. Joseph in Troy; she professed final vows on Aug. 15, 1939. She subsequently received a master’s degree in English from The Catholic University of America and a doctoral degree in Spanish from Case Western Reserve University.

For the first 27 years of her life as a Sister of St. Joseph, Sister Catherine was a teacher of mathematics, science, English, and Spanish in high schools of the Albany and Syracuse dioceses, including in the Syracuse Diocese St. Patrick’s High School, Syracuse. She also worked in Arequipa, Peru; Florida; and Warrensburg, N.Y. In 2012, at the age of 101, Sister Catherine retired to St. Joseph’s Provincial House where she lived and delighted sisters and staff until the time of her death.

Sister Catherine was decidedly a woman ahead of her times with her brilliant mind, keen perceptions, far-reaching insights, and challenging questions. Her passion for justice, interest in the world around her, and voracious appetite for reading made Sister Catherine always ready for a good discussion, especially regarding politics and religion. She was a superb teacher, recited poetry from memory, had a heart for the disenfranchised, hiked until she was 99, and absorbed all the works of Thomas Merton. Her fondness for opera was surpassed only by her affection for dogs which, in turn, was surpassed only by her focus on knowing, loving, and serving God.

Sister Catherine was a person tiny in stature and tall in wisdom, humor, compassion, and grace; she will be dearly missed.

In addition to her parents, Sister Catherine was predeceased by her brothers, John and Richard Schuyler; and by her sister, Florence Sweeney.

Sister Catherine was a participant in the Albany Medical College Anatomical Gift Program and donated her body for medical education and research. Her Memorial Mass was celebrated on Feb. 24 in the chapel of St. Joseph’s Provincial House.

Contributions in Sister Catherine’s name may be made to the Retirement Fund of the Sisters of St. Joseph of Carondelet, 385 Watervliet-Shaker Road, Latham, N.Y. 12110.