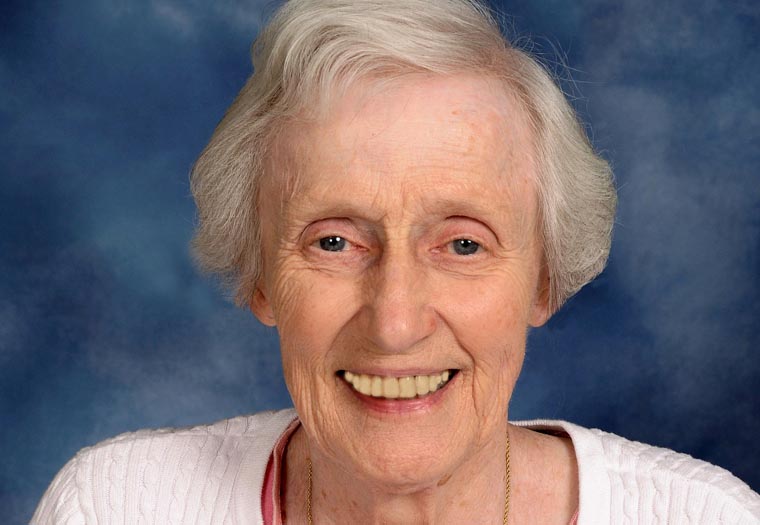 Sister Judith was born in Schenectady on May 7, 1941, daughter of the late Lawrence and Mary Holland Howley. After graduating from St. Columba’s High School in Schenectady, Sister Judith entered the novitiate of the Sisters of St. Joseph on March 19, 1960, and professed final vows on Aug. 6, 1967. Sister Judith received a bachelor’s degree in elementary education from The College of Saint Rose and pursued postgraduate studies at Syracuse University, Colgate University, and the Illinois Institute of Technology.

Sister Judith spent her first six years as a Sister of St. Joseph teaching at St. Peter’s School, Troy. The remainder of her years in active ministry was spent in the Syracuse Diocese: six years as teacher and principal at St. Brigid’s School and West Side Consolidated School, both in Syracuse; three years as pastoral associate at St. Andrew’s Parish, Syracuse; and nearly 20 years as director of the Asian Apostolate of the Syracuse Diocese. In 2012, Sister Judith’s failing health necessitated her retirement to St. Joseph’s Provincial House where she continued to be a gentle and loving presence to all whom she met.

While Sister Judith found great joy in her years as an educator and parish minister, it was during her years serving in the Asian Apostolate that she found such fulfillment in using her gifts to bring a true spirit of welcome to refugees from Vietnam, Cambodia, and Laos, and later from Bhutan and Myanmar. Blessed with gifts of kindness and compassion, Sister Judith also had a unique ability to help meet immediate needs, to facilitate strong networks of advocacy efforts, and to help build processes that led to systemic change. She spent her life giving a voice and a sense of hope to those in search of home, and she leaves a legacy of acceptance, hospitality, and hope.

Sister Judith is survived by her cousins, Kathleen Romano and Thomas Howley; by many dear friends with special mention of Father Thomas Fitzpatrick; and by the Sisters of St. Joseph of Carondelet.

Sister Judith’s Mass of Christian Burial was held April 25 from the chapel of St. Joseph’s Provincial House, Latham. Contributions in Sister Judith’s memory may be made to the Development Office of the Sisters of St. Joseph, 385 Watervliet-Shaker Road, Latham, N.Y. 12110.