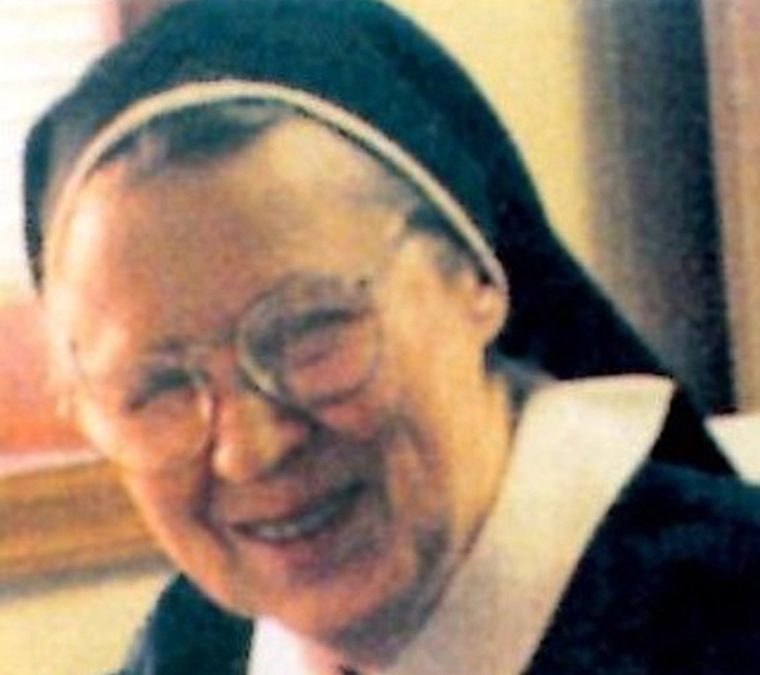 Sister Marie Cecile Godreau, 90, a Parish Visitor of Mary Immaculate, died on March 3, 2020, at Marycrest Motherhouse in Monroe, N.Y. Mass was offered at the convent chapel followed by burial in Assumption Cemetery, Marycrest.

Sister Marie Cecile provided religious education from 2000 to 2004 for children and adults as well as a married-couples group at St. John the Baptist Parish, Rome, N.Y.

Sister graduated from Mary Rogers College, Maryknoll Sisters, N.Y., with a B.A. in education. She received her M.A. in religious studies from St. Joseph’s Seminary, Archdiocese of New York.

In addition to being a catechist at St. John the Baptist, Sister served in the Archdiocese of New York and the Dioceses of Scranton and Norwich.

Sister also served as the librarian for two years at the Community at Marycrest. She authored Anna’s Talking Hands, a book for children of all ages about a deaf child whose family works in a circus. Very favorable reviews came from a biology teacher of the deaf in New York and a master painting artist/volunteer in Ghana who teaches painting to deaf children.