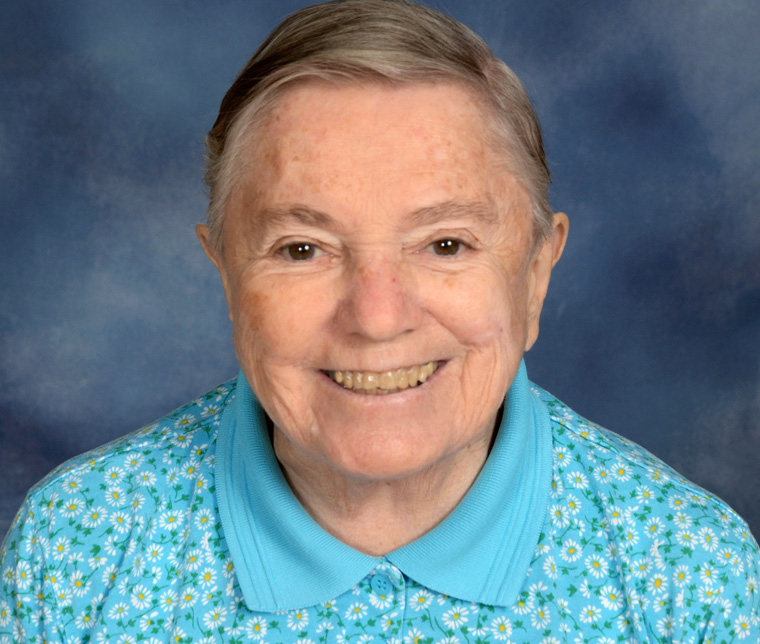 Sister Mary Brendan Gilleran, CSJ, died Monday, Jan. 21, 2019, at St. Joseph’s Provincial House, Latham. She had been a Sister of St. Joseph of Carondelet for 69 years.

Sister Mary Brendan, the former Margaret Theresa Gilleran, was born in Albany, N.Y., on May 8, 1930, daughter of the late James and Mary Hession Gilleran. After graduating from Vincentian Institute in Albany, she entered the novitiate of the Sisters of St. Joseph on March 19, 1950, and professed final vows on Aug. 15, 1957. Sister Mary Brendan received a bachelor’s degree in nursing from The College of Saint Rose and a master’s degree in nursing education from St. John’s University. In addition, she completed a sabbatical program at Instituto de Idiomas Maryknoll in Cochabamba, Bolivia.

Sister Mary Brendan spent the first few years of her religious life as a teacher at St. Lucy’s Academy, Syracuse, and then began her career in the health-care ministry. For 23 years, she served at St. Mary’s Hospital (St. Mary’s Healthcare), Amsterdam, as staff nurse, instructor, director of nursing service, nursing clinical coordinator, and project director of the “new” St. Mary’s Hospital. Upon completion of the hospital, Sister Mary Brendan continued her ministry in health care as administrator of Bethany Center in Boston; supervising home-health nurse for Catholic Family Community Services in Herkimer; and public-health nurse for Oneida County. In addition, Sister Mary Brendan served the Sisters of St. Joseph as supervisor of the Sisters’ Infirmary at the Provincial House and as regional superior. Upon her retirement, she returned to St. Mary’s Healthcare where she volunteered for 11 years before moving to the Provincial House.

As the daughter of Irish immigrants from Roscommon and Galway, Sister Mary Brendan was proud of her heritage, especially its focus on abiding faith, strong family ties, and dedication to hard work. In her ministry in the health-care field, she considered it an honor to bring the healing love of Jesus to those in need. In her many leadership roles, Sister Mary Brendan exhibited innate gifts for organization, multitasking, active listening, and treating all with dignity, respect, and kindness. In her leisure time, she enjoyed nature and reflecting on the beauty of God’s creation while bicycling, tenting, and hiking in the Adirondacks. Sister Mary Brendan had a grace, charm, and wit that bespoke her Irish legacy and a goodness of spirit that naturally drew people to her. She will be dearly missed.

Sister Mary Brendan is survived by her brothers-in-law, Frank With and John Telfer; her nieces and nephews: Margaret With Chevalier, Catherine With, James With, Thomas With, Peter With, John Telfer, and Joseph Telfer, and their families; and the Sisters of St. Joseph of Carondelet, with special mention of her beloved friend, Sister Karen Shults. In addition to her parents, Sister Mary Brendan was predeceased by her two sisters, Anna Mary Gilleran With and Nora Gilleran Telfer.