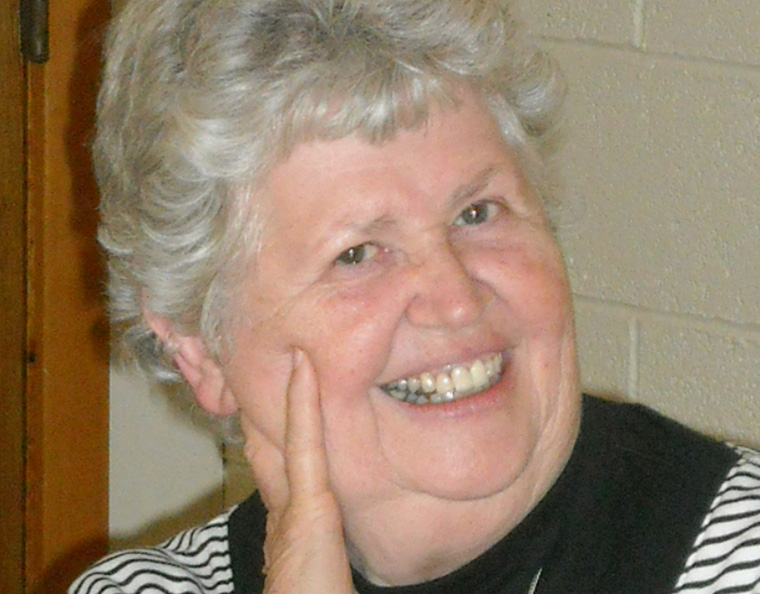 Sister Roberta Maria Southwick, 80, a Franciscan Sister of the Atonement from Graymoor, died unexpectedly on May 13, 2020, at St. Francis Convent, Garrison, N.Y.

The second of nine children, Sister Roberta, known as “Bobby” to her family, was born on April 18, 1940, in Ogdensburg to Josephine (O’Brien) and Charles H. Southwick, Sr.

Sister Roberta entered the Franciscan Sisters of the Atonement on Sept. 8,

1957. She professed her first vows on April 16, 1959, and her final vows on Aug. 29, 1964. As an Atonement missionary for 62 years, Sister Roberta served in various ministries. She was a well-versed, creative, and very inquisitive individual who developed many talents.

In 1994, Sister Roberta served in Utica, and in 1995 she became the administrative secretary of the Syracuse Diocese’s Office of Vocation Promotion. After leaving the Syracuse

Diocese in 2001 for her appointment as the Treasurer General in the congregation, Sister returned to Utica in 2003 and became Director of the Proctor House Faith Center. In 2010, she ministered at St. Joseph-St. Patrick in Utica.

Her earlier mission assignments included a variety of parish, catechetical, and teaching ministries in Vermont; California; Schenectady and Canajoharie; Boston; and Kamiyama, Japan (1969-1974), where she skillfully learned Japanese.

In fact, for a papal visit for the Archdiocese of New York, Sister Roberta served as a Japanese

translator. For several years, Sister worked in Tokyo at the Japan Bishops’ Conference Secretariat and at the Tosei News, a biweekly compilation of religious news for the foreign missionaries in Japan and the only Catholic news service from

the Church in Japan.

Sister Roberta was later missioned to the Motherhouse at Graymoor (1974-1983) to work in the Communications Department. After nine years, Sister Roberta went to the order’s guest house in Assisi, Italy (1983-1986), to be involved in the ministry of hospitality welcoming tourists and pilgrims from around the world. Then Sister returned to New York for a short time to care for her mother who died in 1986.

Returning to Graymoor in September 2013, Sister Roberta coordinated activities for one year for seniors at the Mother Lurana House Adult Social Day Center. At the time of her death, Sister Roberta was the Coordinator of Mission Appeals. She was an enthusiastic promoter of the Sisters’ mission in the Philippines (founded in 2010) and she

spoke tirelessly about promoting funds for its operation and encouraged others to do so. In addition to this, she was also a co-editor of the Development Department’s newsletter, Graymoor’s Well.

Due to the coronavirus pandemic, funeral services, arranged by Dorsey-Carlone Funeral Home, Peekskill, are postponed and will be announced via emails and at facebook.com/Graymoor.Sisters. In lieu of flowers, donations can be made to Franciscan Sisters of the Atonement and mailed to Development Office, 41 Old Highland Turnpike, Garrison, N.Y. 10524.