In op-ed, Newark cardinal speaks up for immigrants 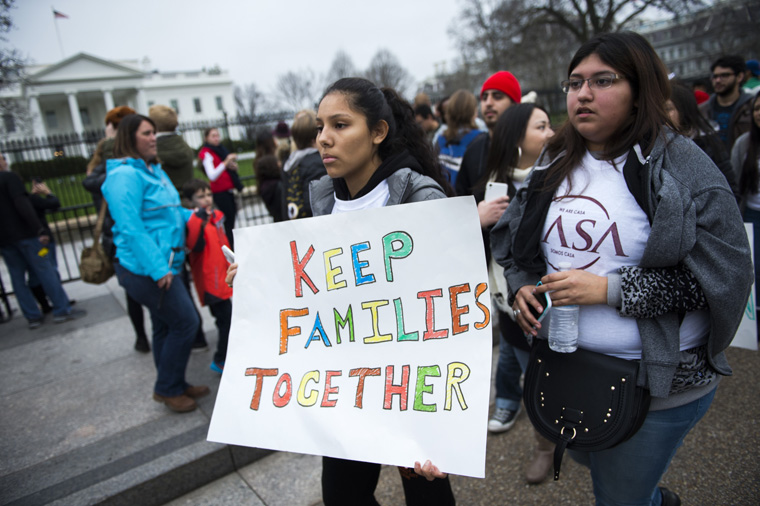 WASHINGTON (CNS) — Leading with a story about his Irish grandmother who made Boston her home after leaving Country Kerry, Ireland, New Jersey Cardinal Joseph W. Tobin urged Americans, in a Feb. 21 opinion piece in the online publication The Hill, to remember their family’s immigrant roots.

He also voiced disappointment at attacks against immigrants lobbed by politicians and others who call themselves Christian.

“Over the past year, the level of vitriol directed to undocumented families has been astonishing,” he wrote.  “Elected officials proclaim their hard-line stance on immigration as a badge of honor, even as some proclaim to be people of faith.”

To lawmakers “who follow the Judeo-Christian tradition,” he reminded them “of the millennial prohibition against persecuting the stranger as well as the fact that Jesus and his family were refugees.”

He also took issue with those who use the words “chain migration,” which groups such as the American Immigration Lawyers Association have called a “pejorative” term and a “misleading nativist buzzword” to describe “family-based migration.”

“There is nothing more harmful or hurtful to describe the human migration experience and its importance to society than to use a term such as ‘chain migration,'” wrote the cardinal, who heads the Newark Archdiocese.

The words are often used by President Donald Trump and right-wing media channels as well as politicians during immigration debates.

With disparaging words and actions, “we are witnessing an escalating display of hatred for undocumented individuals and families. We have stopped seeing the faces of our immigrant brothers and sisters, and the stories behind their faces,” the cardinal wrote.

He reminded Americans that the number of family-based immigrants admitted to the U.S. each year “is not unchecked — it is limited by Congress. Due to congressional limits on migration, very rarely do family members who wish to come to the U.S. have the ability to simply apply for and receive a visa in a reasonable time period,” he said.

Families wait for years and sometimes decades before being reunited with loved ones. And much like his family, they come seeking better lives, not intent on harming others.

Especially painful, he said, was watching the debate involving young adults who were brought to the U.S. as minors without proper documentation and who are often referred to as “Dreamers.”

“It pains me to see the acrimonious debate involving undocumented youth,” he said. “They were brought to this country as children, and now they’re being forced to leave to score political points. We use the broad category of ‘Dreamers,’ but we should remove the statistics and highlight the faces and stories of those impacted by what can be perceived as open season on immigrants,” he said.

Highlight the upcoming March 5 deadline Trump gave Congress to find a legislative solution that would help the young adults, the youth are “being portrayed in the media as pawns in a larger game,” he said.

“It is clear we’re a country that refuses to look at our own immigrant experience. But as a leader within the Catholic Church, I am compelled to speak up,” he wrote. “My message to Congress and Americans who have forgotten their own immigrant story is simple: Look again and truly ‘see’ Dreamers, and then act in the best traditions of our history and of our faith.”