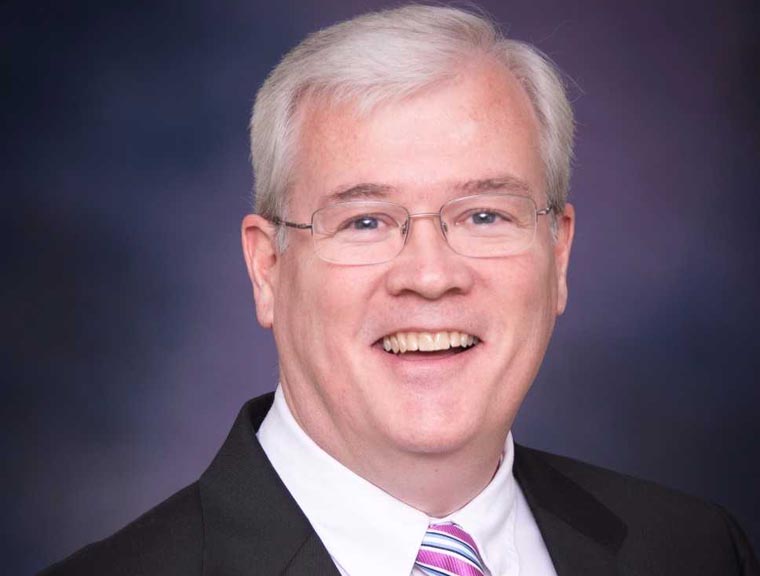 His class’ softball team is called the Relics, but at least nobody addresses him with the dreaded “Sir.”

At the age of 55, Deacon Daniel M. Caughey, 55, from Mexico, Oswego County, is fitting in nicely at Pope Saint John XXIII National Seminary in Weston, Mass., less than 20 miles west of Boston.

Overall, there are 72 seminarians from all over the country and a few from foreign lands; the average age is late 40s, and a few of the men are in their 60s. Deacon Caughey’s class — Theology I — consists of 21 men. Because he already is a deacon, his priestly studies will last four years instead of seven.

Heath Munger, 45, from Fulton, is another “older vocation” for the Syracuse Diocese. He is studying Pre-Theology at St. Mary’s Seminary & University in Baltimore. He is in his first year of seven years of study.

“I would like men who are older to be open to the Lord calling them to the priesthood,” Deacon Caughey said. “It’s not necessarily a calling that’s just for young men, and I would like them to prayerfully consider it.”

Describing seminary life, he said, “Everybody supports each other, very helpful.” The seminarians pray together three times a day; in fact, Deacon Caughey is taking six classes but he spends as much time in the chapel as he does in the classroom. “Personalities don’t seem to be a problem between us,” he said.

Deacon Caughey grew up in Cortland, where he went to St. Mary’s Church and St. Mary’s School. At the time, the school went to the ninth grade, so he graduated from Cortland High School.

He got his bachelor of science degree in geology from the University of Binghamton and then his master’s in education from Oswego State. He taught science for 31 years, including one year at Cunningham High School in Oswego and 26 years at the middle-school level in Mexico.

The biggest blessing of his life, Deacon Caughey said, was his wife, Mary; they were married for 25 years before she died four years ago.

He had already planned on retiring this past year, with the thought of expanding his diaconate ministry, which began in 2004. But his pastor, John W. Canorro, suggested that he consider studying for the priesthood.

He eventually spoke to Father Joseph M. O’Connor, who referred him to Father George V. Coyne, S.J., for spiritual direction. Deacon Caughey also spoke to Father Thomas Servatius and Father John D. Manno, who had vested him as a deacon in 2004.

So he moved incrementally toward the seminary with a lot of conversation and prayer. “It’s certainly nothing to take lightly,” he said.

The fact that he was married will certainly help him relate to married people, he said, and he and Mary raised foster children of all ages for as short a time as one week to up to a year and a half.

And “I’ve always loved being a teacher” of children ages 10 to 18, he said, “so I think my parishioners will find me very relatable in those aspects: marriage, raising children.” He expects that he will have empathy for those going through the death of a spouse, as he did, or another family member: “All these things are my hopes.”

Since August, he has lived in his 12-by-15-foot room in a dormitory at the seminary, which was built in 1964. The place is in the shape of a cross, with dorms, classrooms, the library, offices, and cafeteria stretching out from the center point: “the beautiful chapel.”

His class schedule runs Monday through Wednesday; then he has Thursdays off so that he can take care of personal business or visit Boston. He has visited Plymouth Rock and Salem too. Then he is back in class Fridays and Saturdays.

He added: “Everything I’m doing is right up my alley. It’s all going to be useful to me, and I’m learning a lot.”

Father Manno, who is the new director of seminarians for the Syracuse Diocese, said that both Deacon Caughey and Munger have wisdom and goodness that they will be able to share when they become priests.

He asks people of the diocese to pray that all seminarians will persevere in their studies for the priesthood.

On a recent day, Deacon Caughey was working on a five- to eight-page paper on Pope St. Leo I in the days of Attila the Hun in the 400s.

“It’s certainly different being on this side of the desk after teaching for 30 years,” he said.

As for the future, he said, he will be a diocesan priest, not a priest of a religious order.

“Based on what I have already experienced here,” he said, “I believe I’ll be well prepared to be a good representative of Christ to his people of Central New York.”