Philippine bishops to decide whether to establish climate change desk 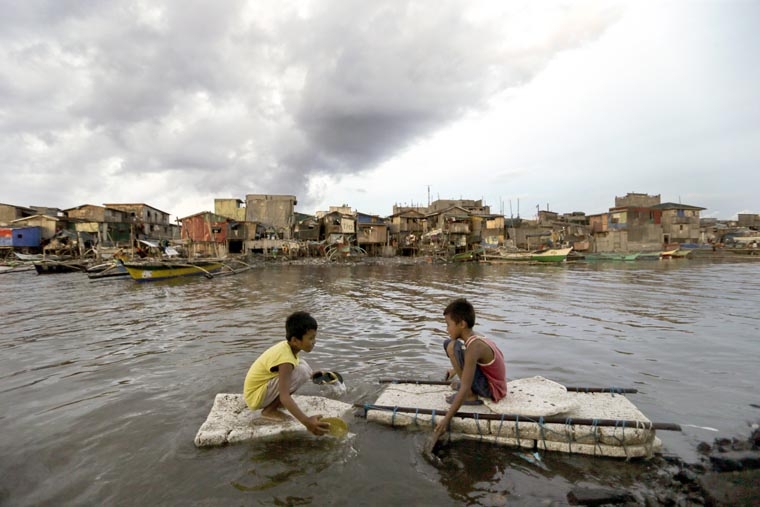 MANILA, Philippines (CNS) — Philippine bishops meeting in Manila will decide whether or not to establish a “climate change desk,” part of a push by the Federation of Asian Bishops’ Conferences.

The federation wants each bishops’ conference in 22 countries to set up such a desk to support action plans to mitigate the impact of climate change and also study Pope Francis’ “Laudato Si'” encyclical.

The FABC’s action plan lists 11 priorities to address a “grave situation since climate change is an ethical, moral and religious issue.” The plan urges alerting the public to the “disastrous consequences of climate change” to convince people to live more sustainable lifestyles and it emphasizes “eco-spirituality” formation for priests and religious who would be able to take action “on behalf of the exploited poor and exploited nature.”

Before the Philippine bishops’ July 6-13 plenary session, the FABC conducted a seminar in Manila, where its Office of Human Development is based.

The head of the office, Pakistani Father Bonnie Mendes, pointed out that in Asia, the most dramatic impact of rising earth temperatures is on the Indian Ocean’s Maldives Islands, which he said are in danger of disappearing underwater. Father Mendes also highlighted the Philippines as one of the most typhoon- and cyclone-prone countries in the Pacific, suffering from devastating floods and landslides.

“So really you can see that in the recent past there has been a geographical change, therefore … we owe a better environment for the next generations, not just for ourselves,” Father Mendes told Catholic News Service. “So this is intergenerational climate justice. That is an issue. And it is not merely for the Christians, it’s for all humanity.”

During the seminar’s breakout session at the Pope Pius XII Center in Manila, the room buzzed with phrases like, “I don’t turn on the air much anymore,” “How about non-usage of plastic bags?” and “We need to get more people aware of climate change.”

Archbishop Socrates Villegas of Lingayen-Dagupan, president of the Philippine bishops’ conference, sat in on the breakout session. He told CNS ecological concerns were “nothing new” for the conference, which in 1988 issued its first pastoral letter on caring for the environment.

“But at the same time (the issue) is … new in the sense that the pope opens very interesting perspectives in the care for creation, which we did not consider before,” said Archbishop Villegas, “for example, linking the cry of the earth with the cry of the poor.”

The archbishop said this was a challenging perspective for the church in the Philippines and that bishops first needed to have a conversion of heart in order to truly help the poor, who are “the first victims of the wilderness we are creating from the garden that has been entrusted to us.”

Cagayan de Oro Archbishop Antonio Ledesma told CNS the climate seminar, held soon after the pope released his encyclical, made it a “good time to get all the dioceses” across the country actively involved in fighting climate change. In 2011, Tropical Storm Washi dumped a massive amount of rain on Cagayan de Oro, causing the river to swell and flood, drowning 1,200 people.

Environmental policy consultant Maria Noelyn Dano moderated the FABC’s climate change meeting. She called herself a “rebellious daughter of the church,” but told CNS that after the release of the pope’s “Laudato Si'” combined with spending two days at the seminar, she was “grateful and inspired.”