The poor, needy are your treasure, pope tells Sant’Egidio Community 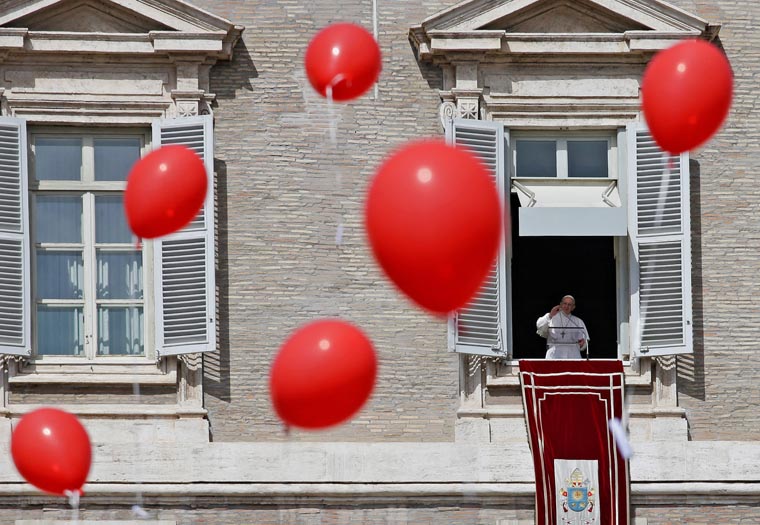 VATICAN CITY (CNS) — Commemorating the 50th anniversary of the Community of Sant’Egidio’s founding, Pope Francis urged its members to continue to safeguard the poor, the elderly, the young and the excluded.

Continue to open humanitarian corridors for refugees of war and hunger. The poor are your treasure!” he said March 11 during an evening prayer service with members of the Rome-based Community of Sant’Egidio.

The community, founded in Rome’s Trastevere neighborhood in 1968 and now active in 73 countries, combines prayer, Bible-reading and service to the poor, including through interreligious dialogue and peacemaking.

Despite a steady downpour raining down on Rome in the afternoon, hundreds of people, holding umbrellas or wearing ponchos, packed the square of the Roman basilica of Santa Maria in Trastevere and awaited the pope’s arrival in the afternoon.

Pope Francis thanked them for welcoming him even though “heaven opened its doors and threw down water.” He also praised the community’s generosity in opening its doors to those in need.

Entering the basilica, the pope was welcomed by members of Sant’Egidio with thunderous applause and singing.

During the prayer service, the pope listened to the experiences of four people representing the elderly, migrants, young people and international peacekeepers before addressing those present.

Jafar, a 15-year-old migrant from Damascus, recounted his family’s escape from the Syrian civil war and the harrowing details of life in a refugee camp for three years before arriving to Italy through Sant’Egidio’s humanitarian corridors project.

In his speech, the pope invited the community to continue praying and working for peace in Syria.

“Let us think of the pain of the Syrian people, the beloved and martyred Syrian people, whose refugees you have welcomed in Europe through the humanitarian corridors,” he said.

Recalling the community’s founding 50 years ago, the pope said their mission is a necessary talent in the church that can be summarized in three words: prayer, poor and peace.

However, like the parable of the servant who hid his talent out of fear instead of investing it in the future, the pope said the world is consumed by fear and needs the community’s gifts.

Fear, he said, “is an ancient disease” that is prevalent today “in front of the vast dimension of globalization.”

“And these fears often concentrate on those who are foreigners, different from us, poor, as if he were an enemy,” the pope said. “Thus, we defend ourselves from these people, believing we are preserving what we have or what we are.”

Pope Francis urged the members of Sant’Egidio to continue their mission of ministering to those in need and “creating a society in which no one is a foreigner.”

“It is the mission of crossing over boundaries and walls to gather together,” the pope said.

Earlier in the day, the pope addressed pilgrims gathered in St. Peter’s Square to pray the Angelus.

Reflecting on the celebration of “Laetare” (Rejoice) Sunday, the midpoint of Lent, Pope Francis said that during the Lenten season, Christians are called to reject the temptation of being “sure of ourselves” and to recognize their own limitations and frailties without falling into despair and sadness.

Christians, he added, should not be discouraged by their sins and instead realize that “God is close” and “look at the cross and say. ‘God loves me.'”

“Don’t forget this,” he said. “God is greater than our weaknesses, our infidelities, our sins. Let us take the Lord by the hand, look at the cross and go forward.”