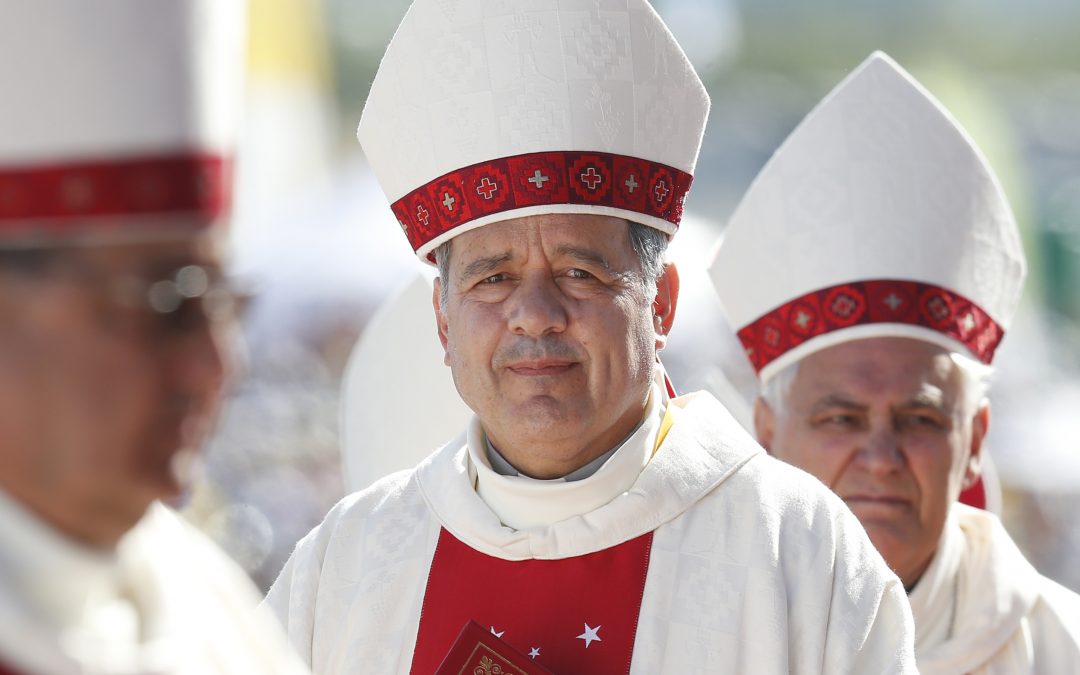 The two other bishops, who had reached the customary retirement age of 75, were Archbishop Cristian Caro Cordero of Puerto Montt and Bishop Gonzalo Duarte Garcia de Cortazar of Valparaiso.

The announcement came as Pope Francis was sending his Vatican team back to Chile to promote healing from the abuse crisis.

Archbishop Charles Scicluna of Malta and Father Jordi Bertomeu Farnos were set to visit the Diocese of Osorno “with the aim of advancing the process of reparation and healing of abuse victims,” the Vatican said in a statement May 31.
Abuse survivors have alleged that when B

ishop Barros was still a priest he witnessed their abuse by his mentor, Father Fernando Karadima. In 2011, Father Karadima was sentenced to a life of prayer and penance by the Vatican after he was found guilty of sexually abusing boys.

Archbishop Scicluna, who is president of a board of review handling abuse cases within the Congregation for the Doctrine of the Faith, and Father Bertomeu, an official of the doctrinal congregation, were scheduled to be in Santiago June 12-13 before going to Osorno June 14-17.

The resignation of Bishop Barros comes after years of accusations and questions concerning his knowledge of abuse by his mentor and protests when Pope Francis appointed the then-head of the military ordinariate to head the Diocese of Osorno in 2015.

The pope continued to defend his appointment, telling reporters: “The day they bring me proof against Bishop Barros, I will speak. There is not one piece of evidence against him. It is calumny.”

A short time later, the Vatican announced Pope Francis was sending Archbishop Scicluna and Father Bertomeu to Chile to listen to people with information about Bishop Barros.

After receiving their 2,300-page report detailing the extent of clergy sexual abuse in Chile, the pope apologized.

In a letter released April 11, Pope Francis said he had been mistaken in his assessment of the situation in Chile, and he begged for forgiveness from survivors and others he offended. He met survivors at the Vatican and has been strong in his criticism of how the Chilean bishops handled the situation. All the Chilean bishops offered their resignations to the pope in response to their handling of the crisis.