Pope appoints 18 couples to attend Synod of Bishops on family 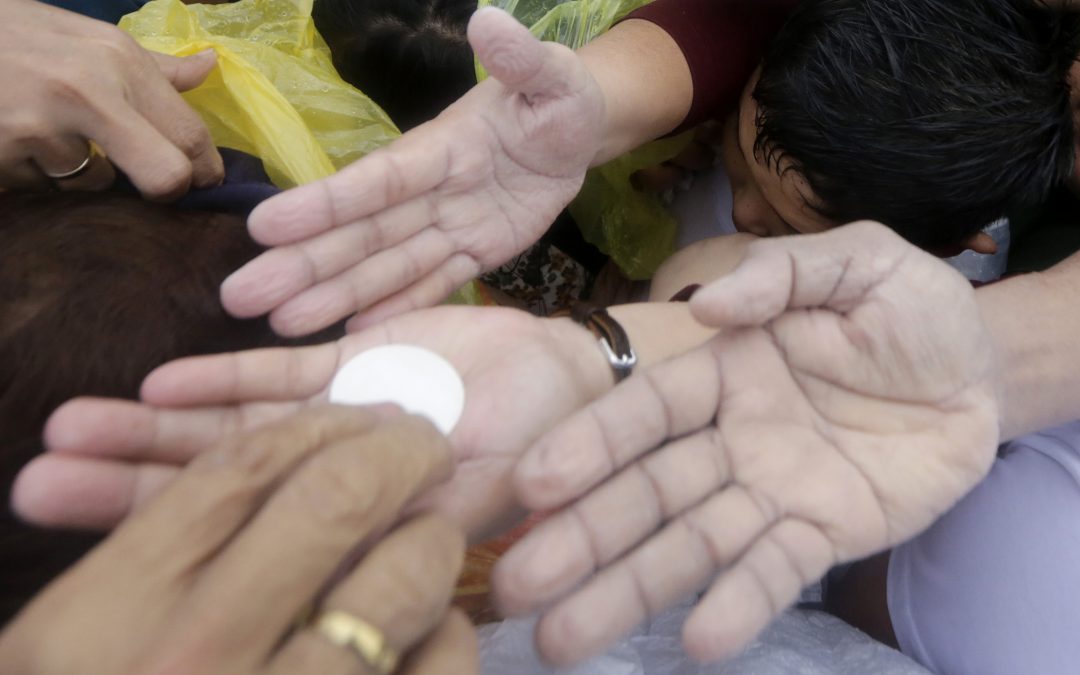 VATICAN CITY (CNS) — More than 360 participants, including 18 married couples from around the world, were expected to attend October’s Synod of Bishops on the family.

In addition to the 166 synod members elected by their national bishops’ conferences, 22 heads of Eastern Catholic churches, 25 heads of Vatican congregations and councils and 10 heads of men’s religious orders, the pope appointed an additional 45 synod fathers to take part in the Oct. 4-25 gathering.

The complete list of synod participants and papal appointees was released Sept. 15 by the Vatican.

The ordinary synod will include many more people than last year’s extraordinary synod, which met over the course of 15 days. The ordinary synod will bring together nine additional leaders of Eastern Catholic churches and six more “fraternal delegates” from the Orthodox, Anglican and Protestant communities. The pope also named 45 voting members of the synod — up from 26 last year — and he appointed 51 observers and 23 experts, including a total of 18 married couples. At the extraordinary synod, there were 38 observers and 16 experts, which included a total of 14 couples.

Almost half of the 45 papally appointed voting members are from Europe with another 15 from the Americas, three from Africa, two from Oceania and one from Asia. At the extraordinary synod, almost all appointees were from Europe, and none of the papal appointees was from North America or other English-speaking countries.

Pope Francis ensured that all the members of the synod’s general council would be present at the October meeting by appointing U.S. Cardinals Donald W. Wuerl of Washington and Timothy M. Dolan of New York as voting members.

Some of the other papal appointees include German Cardinal Walter Kasper, Belgian Cardinal Godfried Danneels of Mechelen-Brussels, and Honduran Cardinal Oscar Rodriguez Maradiaga of Tegucigalpa, as well as Jesuit Father Antonio Spadaro, director of La Civilta Cattolica journal, and Msgr. Pio Pinto, dean of the Roman Rota, a Vatican-based tribunal that deals mainly with marriage cases.

Among 51 observers and 23 experts appointed by the pope, the majority are laymen and laywomen, including 18 married couples. The 42 men and 32 women, who will not have voting rights, represent a more geographically diverse mix with fairly equal representation for Asia, Africa, the Americas and the Middle East, and a slightly higher number from Europe.

The synod’s voting members include officials from the Roman Curia, heads of the Eastern churches, and archbishops of smaller Eastern Catholic churches, including Byzantine Archbishop William C. Skurla of Pittsburgh.

Canadian Cardinal Marc Ouellet, prefect of the Congregation for Bishops, and Australian Cardinal George Pell, prefect of the Vatican Secretariat for the Economy, were to attend as officials of the Roman Curia.
Pope Francis will serve as president of the synod and will be assisted by Cardinals Andre Vingt-Trois of Paris; Luis Antonio Tagle of Manila; Raymundo Damasceno Assis of Aparecida, Brazil; and Wilfrid F. Napier of Durban, South Africa.

As he did at last year’s extraordinary synod, Hungarian Cardinal Peter Erdo of Esztergom-Budapest will serve as relator with the duty of introducing the discussion and synthesizing its results, and Italian Archbishop Bruno Forte of Chieti-Vasto will serve again as special secretary.

Among those elected to attend by their country’s bishops’ conferences:

Many of the papally appointed observers and experts are active in family ministries and pastoral care, canon law and moral theology, and did not attend last year’s extraordinary synod.

Among the nonvoting members invited to attend are:

The ordinary general assembly of the Synod of Bishops is focusing on “The Vocation and Mission of the Family in the Church and the Contemporary World.” It will draw up pastoral guidelines responding to previous discussions looking at the challenges facing today’s families. It is expected the pope will then write a postsynodal apostolic exhortation that takes up the themes of the synod and develops them further.