Pope calls for heartfelt compassion for those impacted by COVID-19 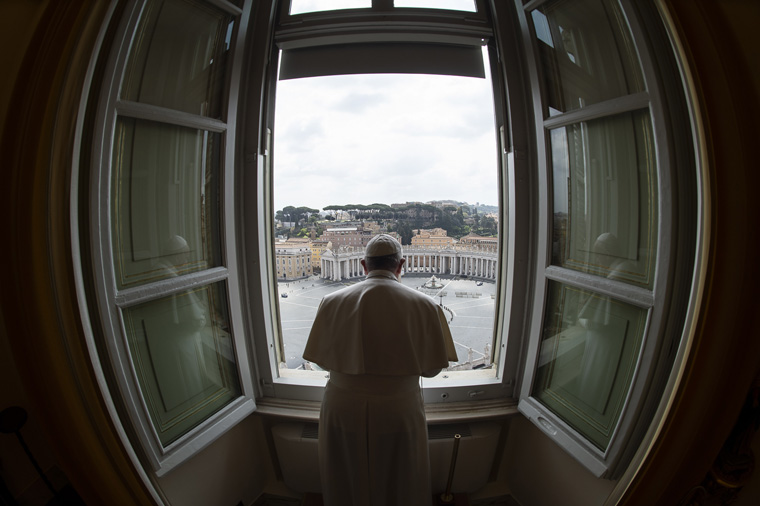 VATICAN CITY (CNS) — With so much suffering associated with the COVID-19 pandemic, Pope Francis asked people to reflect on whether they were feeling real compassion and sorrow for what was happening.

It is one thing to be actively trying to help or do some good, but people also must be capable of opening their hearts and being moved to tears for others, he said in his homily March 29.

Celebrating morning Mass in the chapel at his residence, the Domus Sanctae Marthae, the pope first prayed for the “many people who are crying: people who are isolated, in quarantine; the elderly who are alone; people who have recovered; people undergoing treatment; parents who, because there is no income, are not able to feed their kids.”

“So many people weep and we, too, from our heart, we accompany them. It wouldn’t hurt us to weep a little as our Lord wept for his people,” the pope said at the start of Mass, which the Vatican has been livestreaming online the past three weeks.

In his homily, the pope reflected on the Sunday Gospel reading from St. John, which talked about Jesus’ reaction to the death of his friend, Lazarus, and the sorrow he and his friend’s family experienced.

Jesus wept at Lazarus’ tomb, but he also ordered the tomb be opened and for Lazarus to come out — resurrected from the dead.

“Jesus weeps with so much tenderness! He weeps from the heart, weeps with love, he weeps with those who weep,” the pope said.

“Today,” he said, “in a world that is suffering so much — so many people who are suffering the consequences of this pandemic — I ask myself, am I able to weep as Jesus certainly did and is doing now? Is my heart like Jesus’?”

One’s heart can still be “too hard even if I am able to talk, do good things, help,” but one’s heart is not involved because “I am not able to weep,” he said.

The pope prayed for the grace of being able to weep with Jesus and for his people who are suffering, and that the day be a “Sunday of tears” for everyone.

Later in the day, after reciting the Sunday Angelus, the pope said he was praying especially for those who were unable or not allowed to have the required distancing or isolation needed to keep them safe during the pandemic, like those living in homes for the elderly or prisons.

Prisoners face potential tragedy because so many places of detention are overcrowded, he said, citing a March 25 warning from the U.N. High Commissioner for Human Rights.

Pope Francis asked that authorities be aware of “this serious problem and take necessary measures to avoid further tragedies.”

Before praying the Angelus, the pope reflected more deeply on the day’s Gospel reading and Jesus’ command to “take away the stone” from Lazarus’ tomb so his friend could emerge, resurrected.

With this gesture, the pope said, Jesus demonstrates how he is the Lord of life, as he told Lazarus’ sister, Martha, “I am the resurrection and the life; whoever believes in me, even if he dies, will live, and everyone who lives and believes in me will never die.”

Jesus urges people to have faith, even in the midst of sorrow and mourning, even when it seems death has won.

“Take away the stone from your heart! Let the Word of God bring life back to where there is death,” the pope said in his address, broadcast from the library of the Apostolic Palace.

“We are called to take away the stones of everything that smells of death, for example: living the faith with hypocrisy is death; destructive criticism of others is death; offenses and calumny are death; marginalizing the poor is death,” he said.

God wants people to take away these impediments so that life, in Christ, can spring forth once again, he said.

At the end of his address, the pope went to the window of the library to bless the city. St. Peter’s Square remained empty because of the nationwide lockdown.