Pope: Crucifix is a sign of God’s love, not just a piece of jewelry 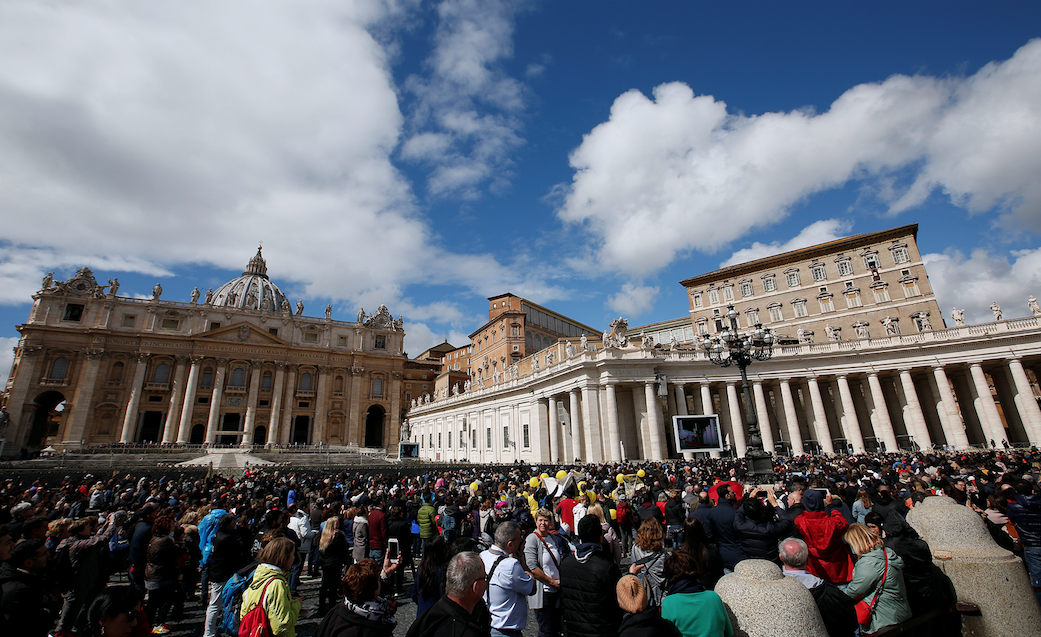 VATICAN CITY (CNS) — The revelation of God’s love toward humanity is made known through contemplating the crucifix and not just using it as work of art or as a fashion accessory, Pope Francis said.

Through the image of Christ crucified, the mystery of Jesus’ death “as a supreme act of love, source of life and salvation for humanity in every age is revealed,” the pope said March 18 before reciting the Angelus prayer with pilgrims gathered in St. Peter’s Square.

“Today’s Gospel invites us to turn our gaze toward the crucifix, which is not an ornamental object or a clothing accessory — that is often abused — but a religious sign to contemplate and comprehend,” he said.

The pope reflected on the day’s Gospel reading from St. John, in which Jesus foreshadows his death through the imagery of the grain of wheat that, once dead, “produces much fruit.”

“Whoever loves his life loses it, and whoever hates his life in this world will preserve it for eternal life,” Jesus said.

Christ’s comparison to the grain of wheat, the pope explained, was made so his disciples would understand that the “extreme event” of his crucifixion, death and resurrection was an act meant to bear fruit and save men and women from the slavery of sin.

“He paid that price. This is the mystery of Christ. Go to his wounds, enter, contemplate. Look at Jesus but from within,” he said.

Like the grain of wheat, Pope Francis said, Christians are also called to “lose their life” by thinking “less of ourselves, our personal interests” and thinking more of the needs of the least of these.

“To carry out works of charity with joy toward those who suffer in body and spirit is the most authentic way of living the Gospel,” Pope Francis said. “It is the necessary foundation so that our communities may grow in brotherhood and mutual hospitality.”