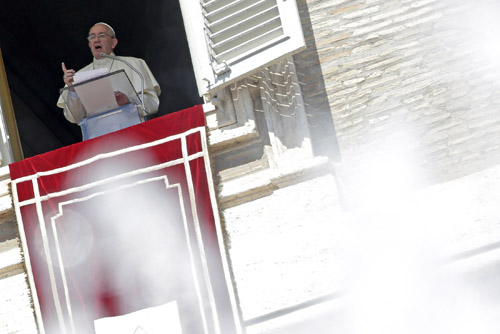 Pope Francis has called on Europe’s parishes and religious communities to take in refugee families — and two Vatican parishes will heed his call by taking in families in the coming days.

Vatican radio reports that, during his Sept. 6 Angelus address, Pope Francis appealed to “every parish, every religious community, every monastery, every sanctuary of Europe” to shelter a refugee family. The Holy Father also said two Vatican parishes would each take in a refugee family in the coming days, according to the same report.

Speaking of the “tragedy of tens of thousands of refugees” fleeing from death by war and hunger, Pope Francis reminded those gathered of the Gospel call to be close to the small and abandoned.

Caring for these families, he said, is a “concrete gesture” in preparation for the Holy Year of Mercy.

Read the text of the Holy Father’s Angelus here.

Read more about the refugee crisis in Europe here.