Pope leads prayers for care of the earth, defense of the poor 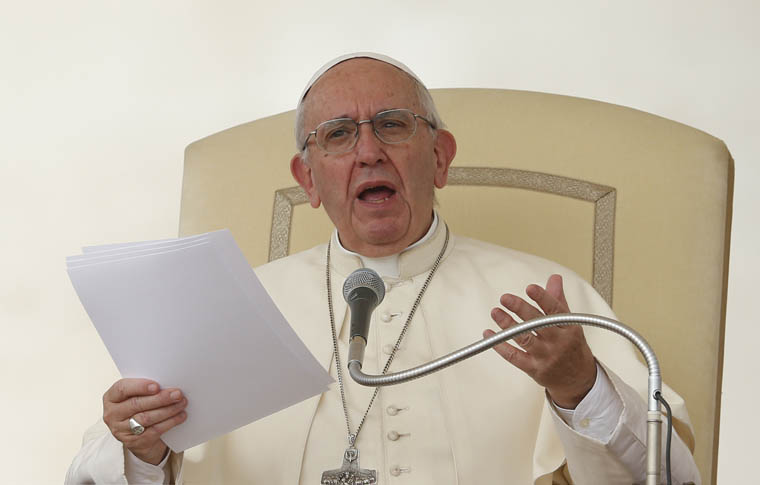 VATICAN CITY (CNS) — With psalms praising the marvels of God’s creation and prayers begging God’s help to end the selfishness that destroys the earth and harms the poor, Pope Francis led vespers for the Day of Prayer for the Care of Creation.

During the evening service Sept. 1 in St. Peter’s Basilica, the pope prayed to God, “Pour out your spirit of wisdom upon us so that we would safeguard the gifts of your providence for the good of each person and every generation.”

“Look benevolently upon the poor of the earth and grant that none of them would be lacking their daily bread,” he prayed. “Defeat the selfishness that hardens our hearts and makes our gaze shortsighted before the needs of our brothers and sisters.”

The petitions chanted during the service included a prayer that God would “educate our eyes to recognize in creation the traces of his presence” and convert people “to a just and fair use of the goods of the earth.”

Last year, Pope Francis asked Catholics to begin marking the day of prayer, an annual event already observed by the Orthodox churches. In a sign of growing Christian concern for ecology, Orthodox clergy from Italy, as well as Anglican and Lutheran leaders, joined the pope for vespers.

As he did last year on the day of prayer, Pope Francis asked Capuchin Father Raniero Cantalamessa, preacher of the papal household, to give the homily during the prayer service.

Human beings are the only creatures God created in his image and likeness, Father Cantalamessa said, but that affirmation cannot be allowed to lead to “an indiscriminate dominion of human beings over the rest of creation with consequences that are easily imaginable and unfortunately already occurring.”

“Since the Trinity is a communion of love, God created each person as a ‘being in relationship,'” he said. “This is the sense in which every human being is ‘in the image of God.'”

The less selfish a person is and the more a person is mindful of the needs of others, the Capuchin said, “the more that person is truly human” and truly acting in the image and likeness of God.

“The sovereignty of human beings over the cosmos thus does not entail the triumphalism of our species but the assumption of responsibility toward the weak, the poor (and) the defenseless,” he said.

The clearest sign of what God wants from human beings is seen in the status he chose for his son when he sent him into the world, Father Cantalamessa said. Jesus was “not rich and powerful, but poor, weak and defenseless.”

When St. Francis of Assisi famously wept before a Nativity scene, the Capuchin said, it was not because of the fact that Jesus was fully human and fully divine, but because of “the humility and the poverty of the son of God, who ‘though he was rich, yet for our sake became poor.'”

“The love of poverty and love of creation went hand in hand for Francis and shared a common root in his radical renunciation of wanting to own anything,” the preacher said.

He said that, like for St. Francis, “the intimate relationship between the poor and the fragility of the planet” is one of the main concerns of Pope Francis’ 2015 encyclical on the environment, “Laudato Si’, on Care for Our Common Home.”

“What is it that produces the greatest damage to the environment and simultaneously the misery of a great number of people if not the insatiable desire of some to increase their possessions and their profits disproportionately?” the Capuchin asked.

Father Cantalamessa also mentioned the earthquake that struck central Italy Aug. 24, killing hundreds of people. God did not cause the quake, he said, and “did not program creation as if it were a clock or a computer.”

God allows the world to evolve, he said, and so when people ask “Where was God” when the earthquake struck, the believer replies, “He was there suffering with his creatures and receiving into his peace the victims who were knocking at the door of his paradise.”