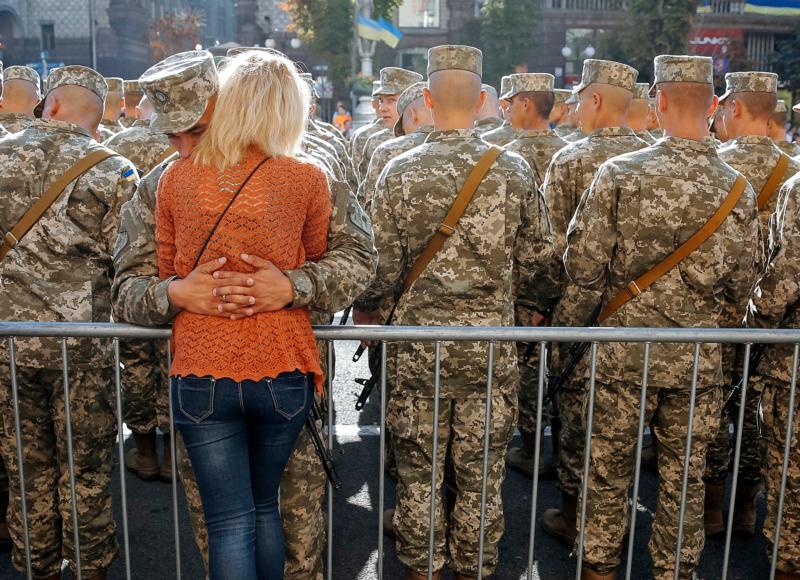 VATICAN CITY (CNS) — Marking the 24th anniversary of Ukraine’s independence, Pope Francis sent a letter to the nation’s president and asked Catholics to join him in prayers for peace.

After reciting the Angelus prayer Aug. 23 with visitors in St. Peter’s Square, the pope told the crowds, “With deep concern I am following the conflict in eastern Ukraine, which has accelerated once again in the past few weeks.

“I renew my appeal that the commitments made for achieving peace would be respected and that, with the help of organizations and people of goodwill, there would be a response to the humanitarian emergency in the country,” the pope said.

The Organization for Security and Cooperation in Europe, which is monitoring the situation in Eastern Ukraine where Russian-backed separatists are fighting national troops, has reported increasing violations of a cease-fire agreement signed in February. The United Nations estimates fighting since April 2014 has claimed at least 6,800 lives; more than 1.4 million Ukrainians are displaced within the country and another 925,000 have sought refugee outside Ukraine.

Noting that Ukraine’s independence day is Aug. 24, the pope prayed that the Lord would grant the country peace.

The Ukrainian Embassy to the Holy See reported Aug. 23 that Pope Francis also had sent a message to President Petro Poroshenko marking independence day. “I pray for your country in this difficult situation, renewing my spiritual affinity with victims, their families and all those who suffer. I support the efforts that help the Ukrainian nation move forward in the spirit of peace and reunification,” the embassy said the message read.