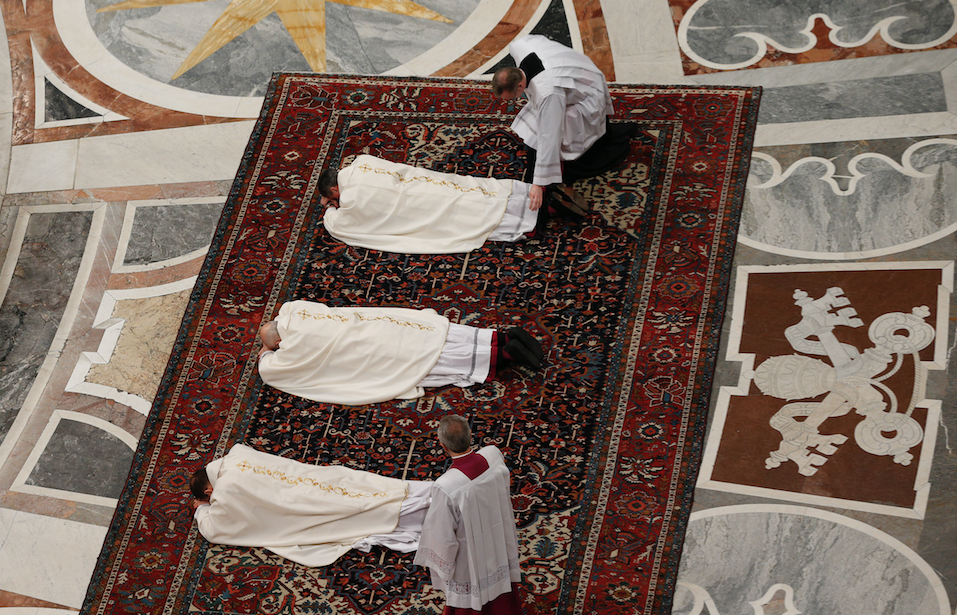 The new bishops are: Archbishop Jose Bettencourt, a priest of the Archdiocese of Ottawa and former head of diplomatic protocol for the Vatican; Archbishop Alfred Xuereb, a Maltese who was general secretary of the Vatican Secretariat for the Economy and had served as assistant personal secretary to Pope Benedict XVI; and Archbishop Waldemar Sommertag, a career Vatican diplomat from Poland.

Archbishop Bettencourt will be nuncio to Georgia and Armenia; Archbishop Xuereb will take up posts as the nuncio to South Korea and to Mongolia; and Archbishop Sommertag will serve as nuncio to Nicaragua.

As is his practice, Pope Francis read the ritual homily for the ordination of bishops during the Mass March 19, but he added a few comments.

Reading the homily’s reminder that a bishop is chosen to minister to men and women in the things related to God, the pope said they were not chosen for other tasks, “not for business, not for worldly affairs, not for politics.”

After the reminder that bishops are called to take the position of the least and to serve, Pope Francis urged them to “flee from the temptation to be princes.”

“Pray and offer sacrifice,” the ritual homily urges new bishops. “Prayer is the first task of the bishop,” the pope said, noting how when the widows of the early Christian community went to the apostles to complain that they were not being cared for, the apostles established the order of deacons to oversee the community’s charity.

St. Peter explained to the deacons, “you do this, this, and this, and we will pray and proclaim the word,” the pope said. “A bishop who does not pray, does not fulfill his obligations. He does not live out his vocation.”

And, after reading the homily’s exhortation that bishops show special care for their priests, the pope added, “be close to priests, please. May they be able to meet the bishop the same day they ask (for a meeting) or at most a day later.”