Pope: Without love, service, church is just an ’empty institution’ 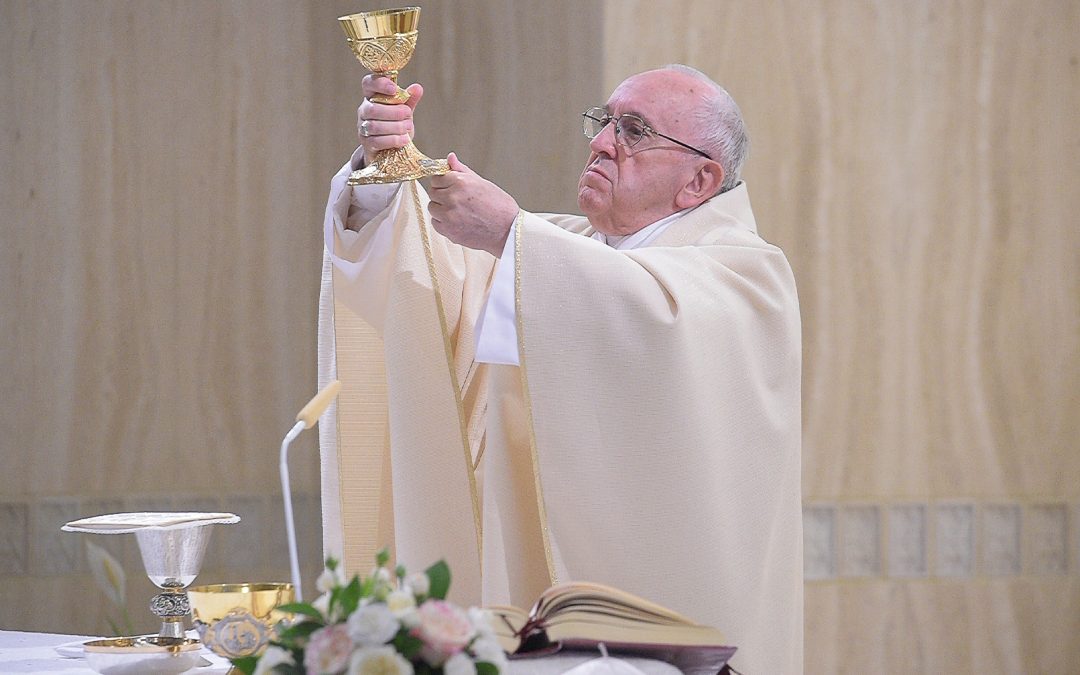 VATICAN CITY (CNS) — The example of selfless love and humble service set forth by Jesus at the Last Supper are the foundation of the Catholic Church’s mission in the world, Pope Francis said.

Jesus’ institution of the Eucharist and washing his disciples’ feet are gestures of love “that make the church grow if we are faithful,” the pope said in his homily April 26 during Mass at the Domus Sanctae Marthae.

“Without love, [the church] doesn’t grow, it transforms into an empty institution, of appearances, of gestures without fruitfulness,” he said. “Jesus tells how we should love: until the end.”

The pope reflected on the day’s Gospel reading from St. John in which Jesus, after washing his disciples’ feet, tells them that “no slave is greater than his master nor any messenger greater than the one who sent him.”

Jesus’ “awareness that he is greater than all of us” is proof of his humility because, despite his lordship, he humbled himself through concrete acts of love, the pope said.

His command to his disciples to love one another, to serve one another and to know that they are never greater than the master “are blunt words and gestures [that are] the foundation of the church,” Pope Francis said. “If we go forward with these three things, we will never be mistaken.”

Like the many martyrs and saints who lived “with this awareness of being servants,” Christians today also must walk along the path of humility set forth by Jesus.