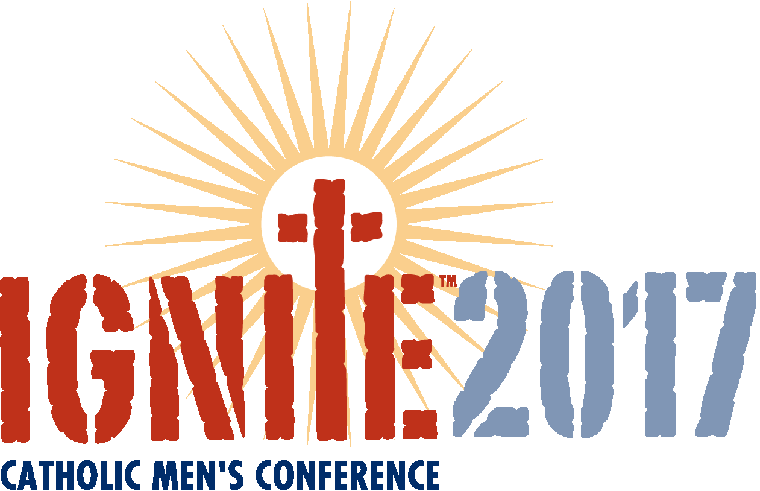 ‘The King’s Men’ co-founder among speakers at OCC

Mark Houck gives about 65 talks a year, spending up to four months away from his wife, his five children, and his home 45 minutes outside Philadelphia. Wherever he goes, he tries to inspire men to be leaders, protectors, and providers.

“By virtue of God’s humanity he chose to be a man,” Houck said of the Son of God. “What does that mean? It raises the bar for men.”

Houck, 42, is a co-founder of a laymen’s apostolate called “The King’s Men.” He  intends to raise the bar for men by delivering a “very positive but also challenging” talk at the IGNITE 2017 Catholic Men’s Conference on Saturday, March 25, at SRC Arena at Onondaga Community College. The conference’s theme is “It’s all possible with God.”

Other main speakers will be Msgr. Jim Lisante, a pastor from Long Island who spoke at IGNITE several years ago, and Chris Horn, a former wide receiver who took an unusual route to the NFL.

“I bring a lot of joy in my Catholicity and my fatherhood,” Houck said of his conference presentations. He figures that, together, the speakers will deliver a “very powerful message about what it means to be a Catholic man.”

Men at conferences fall into various categories, Houck said. Some don’t know what they want to devote their life to, some are in the “mushy middle,” and some are even in a mode of “I don’t know why I’m here.” But all of them are open to learning, he said, and 90 percent of them are very positive.

To Houck, a big part of men’s identity involves leadership, with a twist.

“When we talk about leadership for men, it’s servant-leadership,” he said. “The model is Christ Jesus.” Houck explained that on Holy Thursday, Jesus washed the feet of the apostles. “Christ would say, if you want to be first, be last,” Houck said.

He believes a man can demonstrate humble leadership as a father, a husband, and a worker.

In the home, Houck said, “Dad is not getting waited on.” The dad needs to set aside his job, cooperate with the housework, take five minutes to play with the children, and help at bedtime for the children.

In his role as protector, Houck said, a man must defend women, children, and the common good. “Men are summoned to make a difference in society,” he said.

The dad must be vigilant, not constantly on his cell phone, Houck said, and he must not allow his children to buy whatever is available. There should be filters on the home computers, he said, and children must not have access to inappropriate material on the internet.

A father, he said, needs to teach his daughters how they should be treated and the values they should seek in others as they grow up.

As the provider, the dad must lead by example in the workplace, Houck said. In a management role, men must show their work ethic and positive nature, with no gossiping. Just as Joseph passed on to Jesus the heritage of the line of David, Houck said, a modern father must nurture his family spiritually and emotionally. To Houck, the father is not setting the proper example if the children generally see him playing golf while the mom is praying the rosary. Instead, there should be a “collaborative complementarity” in the household, he said.

Even before the man’s wife and children, God should be first in a man’s life, Houck said: “He gets that right, everything flows from there.” With God first, a man will be good to his wife, children, employees, and church. “He’ll be kind to his priest!” Houck said.

Father Joseph M. O’Connor, diocesan vocation director and secretary to the bishop, is the IGNITE conference MC and one of its organizers. He said Houck will bring a lot of tips and ideas from his apostolic ministry. Father O’Connor expects to see the men of the diocese “falling more in love with Jesus Christ.”