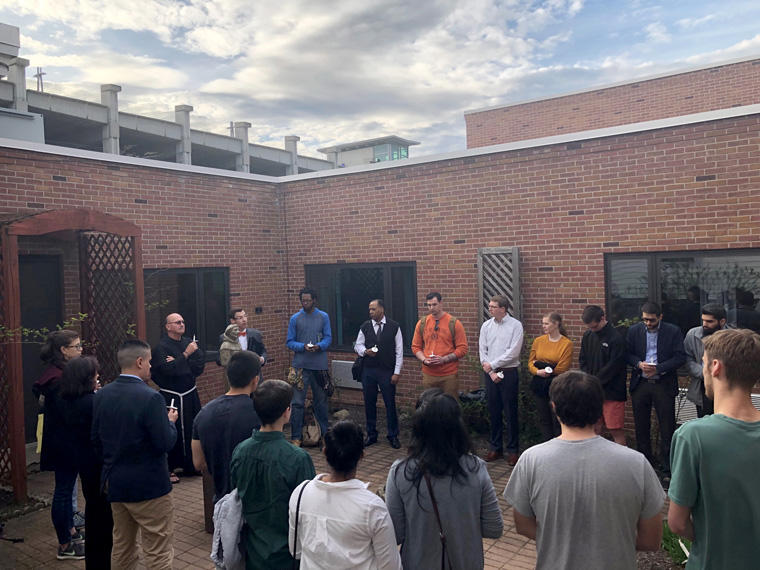 By April 24, more than 350 people — including 45 children — were confirmed dead and 500 other injured in Sri Lanka, according to Catholic News Service. CNS said two Catholic churches and an evangelical church were targeted during Easter services; three hotels also were attacked.

Dean Konkol welcomed the participants and remarked that the university community was gathering much too frequently for vigils marking terrorist attacks, remembering those killed so senselessly.

Father Waterman spoke about an end of terrorism and violence, while referencing the statue of St. Francis of Assisi that stands prominently in the middle of the Peace Garden. He entreated all those present to become “instruments of peace” in a world that is sorely in need of peace-bearers.

Father Waterman also commented that all people, regardless of race, creed, or color, are connected as members of the human family, and that when one suffers, all suffer.

Candles were lighted and shared during a period of silence. The vigil concluded with an a cappella verse of “Amazing Grace.” Many attendees filed inside the building for Mass at 7 p.m.